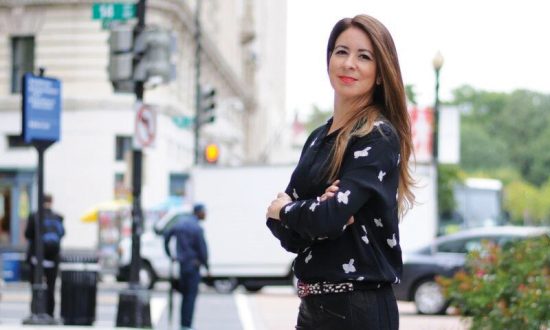 Alejandra Luzardo heads a broad initiative focus on Disruptive Innovation and Creative Economies at the Inter-American Development Bank (IDB). She also coordinates the research, design, execution, and evaluation of projects in the Creative Economy. She is Co-Founder of Demand Solutions, a platform for global innovators focused on inspiring and connecting innovation, creativity and entrepreneurship. She is co-author of one of the most downloaded publications at IDB, Orange Economy: Innovations that you did not know were from Latin America and the Caribbean, which details the contributions of the so-called “Orange Economy” to the economies of the region.

Solutions for Education from the Entrepreneurial Ecosystem

In 2020, a video game called Animal Crossing: New Horizons became a huge social phenomenon. It even reached American Congresswoman Alexandria Ocasio-Cortez, who started doing “house calls” or visiting other users’ virtual islands (Gordon, 2020). This example comes as no surprise once we learn that video games have attracted over half of the American population (Nielsen, 2020). Asia leads in the number of players, but Latin America is not far behind. The region comes third when it comes to the gamer population, with 383 million active users (Echagüe, 2020).

The pandemic only made the video game phenomenon grow in impressive numbers. Despite its long history of demonizing video games, even the press moved on to highlight their virtues. Video games went from entertainment tools to something that allowed users to socialize, learn, and carry out new virtual activities. This intersection between education and entertainment is called Edutainment, and it represents strong possibilities for game-based learning and 21st-century skills development. Several countries worldwide have already incorporated them as part of their educational strategies. Still, the practice is not yet common in Latin America, primarily due to the lack of internet access and an overall unfamiliarity with its advantages. 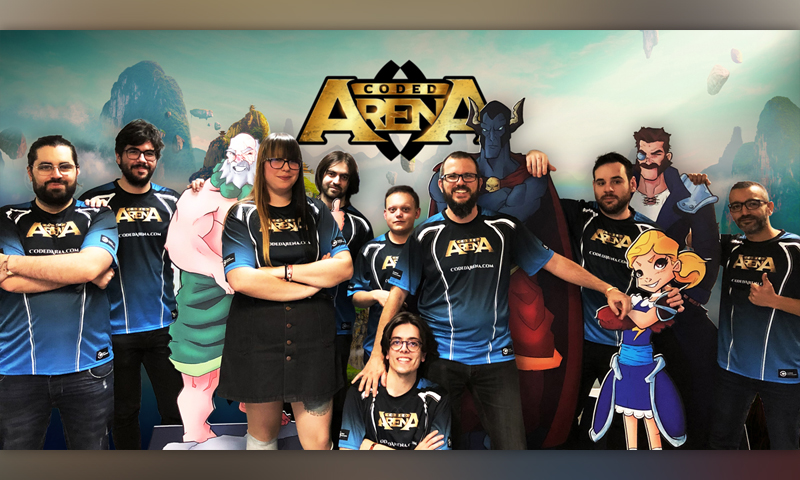 Video games can also improve how we deal with conflict since many of the skills exercised through games consist of important cognitive and socio-emotional skills. That is the case for Alpha Beat Cancer, a video game created by Beaba and Mukutu Games studios in Brazil that uses gamification to help children between the ages of 3 and 6 understand their cancer diagnosis. The game’s objective is to offer children simple and clear explanations of their condition and the different stages of treatment they will undergo (Luzardo et al., 2019).

The video games industry has not only succeeded at changing the way we learn. It has also managed to incorporate cutting-edge technology, ranging from facial recognition, virtual and augmented reality to the capacity to simulate real-world activities that can be applied for training in the medical field, construction, HRD recruiting, sports, and many other sectors. They can encourage creativity, focus, and multitasking. They can also improve reaction time, processing speed, and stress levels. And most importantly, they allow us to make as many mistakes as necessary to overcome obstacles. 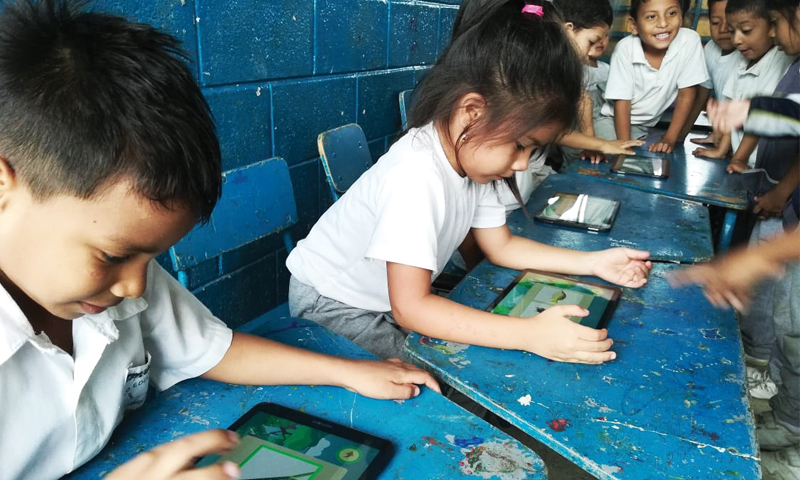 One of the most memorable cases that showcase video games’ potential is the story of Lucas Ordóñez, a Spanish racecar driver who entered professional racing by winning a spot in a PlayStation 3 Gran Turismo competition. Ordóñez, who had no professional training and had only practised on a video game, managed to enter a real competition and even raced for Nissan in the 2009 GT4 European Cup season, where he won a spot on the podium during his first event (Villa Lunera Films, 2020).

Considering the video game industry’s growth spur during the pandemic and the knowledge condensed on the publication: “Video Games: More Than Just a Game: The Unknown Successes of Latin-American and Caribbean Studios,” from Inter-American Development Bank (IDB), the IDB launched the PLAY Challenge. It was designed with the 21st-Century Skills in mind, to help identify the most innovative global solutions in the education sector and the Creative Economy, such as video games, platforms, and digital products that use gamification for the development, measurement or certification of cognitive, socio-emotional or executive functioning skills. 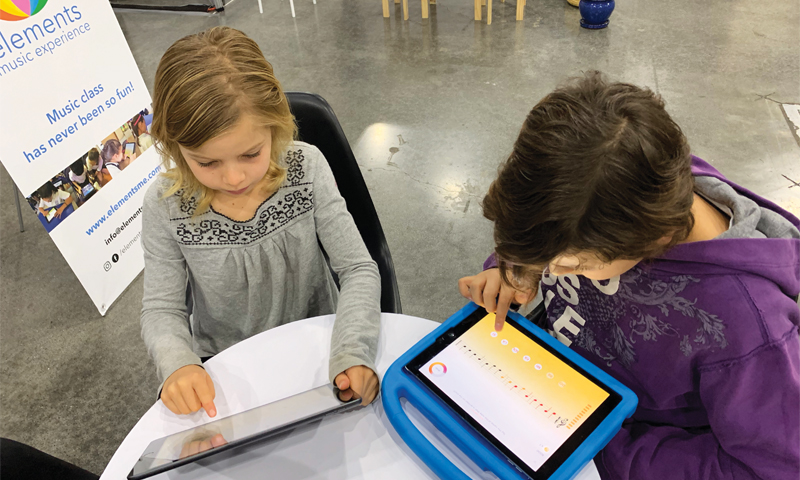 These 10 finalists competed for $10,000 USD, the possibility of implementing their solution in the region within the framework of the IDB’s 21st Century Regional Skills Project, as well as other prizes awarded by Altered Ventures, Bizarro Lab, Creative Business Cup, ENFC Paraguay, FCB México, Fábrica de Medios: FDM, Film Andes, Fundación Compromiso, Globant, New Ventures, Magicelab, Posibl, Seedstars, Stonebot Studio, Vertex Studio (BID, 2020). As part of the project, we created a network with more than 70 partners eager to join the video game conversation through webinars and social media. Many of them had never become associated with the video game industry, but all were convinced that video games could become a tool capable of captivating students. 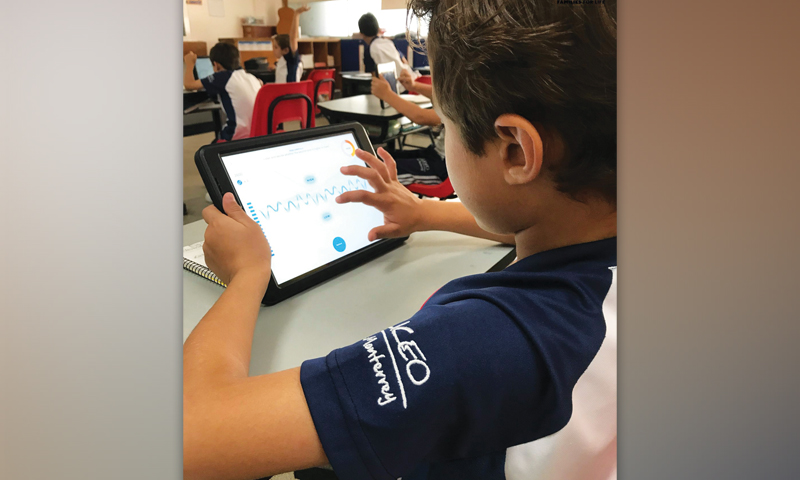 The most awarded solutions were:

Marvelous KID from DADBOX (https://dadbox.mx/): A Mexican solution aimed at strengthening family ties through daily, 10-minute sessions with mom or dad. Through physical cards and augmented reality, the game aims to develop soft skills in children between the ages of 6 and 10. The game is also orchestrated with the help of seven geniuses, based on Gardner’s seven kinds of intelligence, who come from a different universe to help children fight the forgotten power of human intelligence.

Elements Music Experience (Elements ME) (https://elementsme.com/): The pedagogical design of Elements ME allows users to develop the cognitive traits that make music the best tool to train and develop brain skills by training the four main competencies of the music language: listening, music theory, rhythm, and reading. Elements ME has more than 1,400 short sessions, similar to those of Duolingo and other language-learning apps.

LOLY- MIDI 2.0 (https://www.f6s.com/loly-midi): Through a robot called LOLY, children interact with academic content in video game formats. Its goal is to improve social development and cognitive skills in children, particularly in those with autism. LOLY has been tested to positive results in the Asperger Ecuador Foundation Center, Ecuadorian Federation of the Autism Spectrum, and some schools promoting regular and inclusive education. The solution was designed by The Art, Design and Audiovisual Communication Faculty and the Center for Research, Development and Innovation of Computer Systems – CIDIS, from the Polytechnic University of Ecuador.

CODEDARENA  (https://codedarena.com): Through a fun, game-based online platform, students as young as 11 years old can start learning Python, one of the most used programming languages today. CodedArena is a fantasy world whose inhabitants have forgotten how to do magic (coding). The student then establishes contact with an inhabitant of the Arena continent to relearn his magic. While students learn programming in a natural and entertaining way, teachers —even those with no computer experience— can see their progress through CodedClassroom, an online platform assisted by Artificial Intelligence that helps them introduce computational thinking into their classrooms. 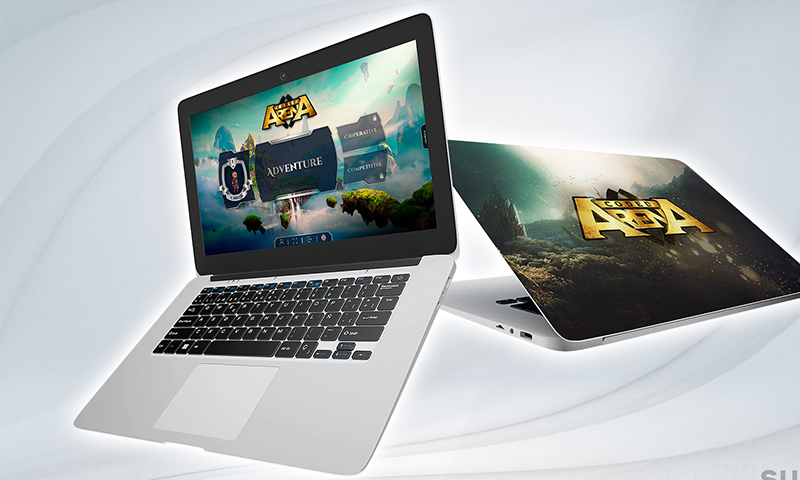 It is indisputable that 2020 has been the greatest experiment in history to digitize education. It is time to do away with preconceived notions and start seeing the video game industry as an opportunity for the growth and development of the Latin American and Caribbean region. Neither players, businesses, investors, governments, nor the public can be indifferent to the socio-cultural phenomenon and the value it can bring to millions of students eager to learn in a new way. Educational transformation is no longer an aspiration but an imperative these days. Recognizing the value of creative industries in accelerating innovation will be key to continue finding new ways to close all the gaps in education.

The Play Challenge was conceived with this mindset to strengthen the IDB’s commitment to creating new learning opportunities by identifying new entrepreneurial proposals from outside formal systems. Nonetheless, the big challenge remains: to convince governments that these initiatives add value and could, in many cases, create better opportunities for vulnerable groups of people. With more than 70% of students staying home during the pandemic, it is important to emphasize that gamers are not only competing against strangers online, the generation Z, in particular, are using video games to forge genuine, long-lasting friendships and develop valuable skills for the real world. Video games are definitely more than just a game. 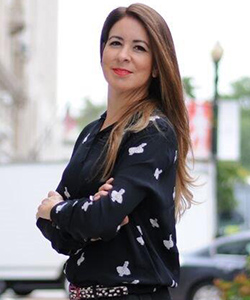 With over 20 years of experience in Multimedia, Entertainment, and Technology, Alejandra has built online technological solutions across a variety of international organizations. She is a founding member of Prodiseño, School of Visual Communication and Design in Caracas, Venezuela. Alejandra holds a master’s degree in communication and film production from American University, Washington, DC. She has contributions in many areas to develop Latin America’s entrepreneurial ecosystem and actively participate as an advisory member in a variety of initiatives, among them, The Big Ideas Student Innovation Contest of the University of Berkeley, HundrED for 21st-century skills, The Index Project, The play challenge, and others.