Home /LEADERS IN FOCUS/Smartphone Filmmaking: A Journey to Develop Social and Emotional Skills for Underserved Communities in Latin America

Smartphone Filmmaking: A Journey to Develop Social and Emotional Skills for Underserved Communities in Latin America 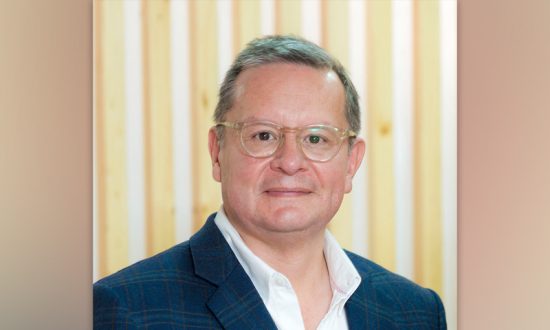 Juan Manuel is an International business executive with 30 years of experience in consulting services of technology and education, with a special focus on public & private alliances for Fortune 500 tech companies such as Motorola and Unisys in the United States and Latin America. He has worked in more than 30 countries and speaks five languages.

Today, we eat uncertainty for breakfast. The world we live in has changed dramatically, especially since the pandemic started at the beginning of last year. Technology is advancing faster than ever and the demands for skills of the future are not changing at the same pace. We can easily remember that 30 to 40 years ago in the business world, concepts such as unique skills, deep specialization or even core competencies headed the “must have skills” list we needed to have as part of our toolbox.

Times have changed so do we. A vertical knowledge of a given discipline is not enough anymore. We are witnessing the raise of transversal skills, where trends such as upskilling and reskilling are at the edge of any learning agenda from K12 to big corporations. 21st Century Skills are opening the pathway of a new set of knowledge, work habits and skills to be successful at schools, universities and workplaces.

Dr Vikram Mansharamani, a lecturer at Harvard University, author of the recently released “Think For Yourself: Restoring Common Sense in an Age of Experts and Artificial Intelligence”, makes a bold statement: “The future belongs to generalists”, not meaning that having unique expertise is useless, but on the contrary, sharing the idea that more than ever, be flexible and agile will assure you to be able to move forward within a highly complex world.

In March 2018, McKinsey published the McKinsey Global Institute workforce skills executive survey, where they made a compound of their findings through a double-entry table (on x axe the expected future skills needed from “Skills needed less in the future” to “Skills needed more in the future”, and on y axe the perceived importance of skills today from low to high). In the fourth quadrant up on the right, as it is shown in the graphic (meaning Skills needed more in the future with a high perception of the importance of skills today) the category was named “Important and growing”, where skills such as leadership, communication and negotiation, critical thinking, creativity, basic digital, advanced IT and technology design shined by themselves.

Education Soul, in alignment with the idea of being a generalist, decided in 2020, just in the middle of the pandemic, to highlight both social and emotional skills (in yellow colour in the McKinsey graphic) and technological skills (in blue colour in the McKinsey graphic), through a virtual program called SmartPhone Filmmaking, for children of ages from 10 to 18 years old, coming from public schools in the Medellin area in Colombia. Thanks to the support of a not-for-profit organization called Comfama and its program “Inspiration”, Education Soul crafted a program to benefit students from underserved communities in the country, using SmartPhones to make movies.

The program was a challenge, especially from two points of view: from one side, underserved communities lacked smartphones, and on the other hand, it needed to be 100% virtual due to the pandemic. Surprisingly, when parents knew about the program, they showed their commitment to sharing their own smartphones with their children and figured out how to get internet connectivity. To add an international dimension to a topic such as a film industry, the leader of the program that was invited was Gustavo Bernal, a Colombian-Venezuelan film editor who had worked with American film director Spike Lee, known by movies like Malcom X and She´s Gotta Have It. One could think that SmartPhone filmmaking is something new, but in fact, it has been in place since 2005-2006, when the first full-length film SMS Sugar Man was shot entirely on a cell phone by South African director Aryan Kaganof, using at that time a Sony´s Ericsson w900i due to its camera quality. 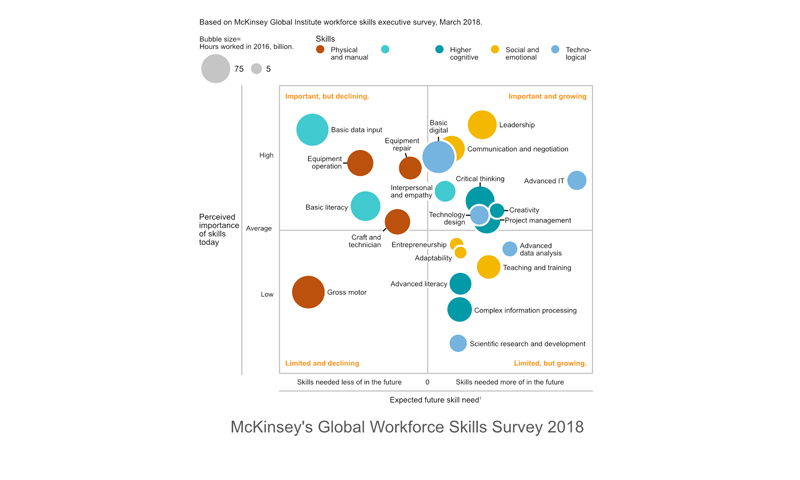 More than ever, the rise of the new top-of-the-line cameras embedded into cellphones are here to stay. We are witnessing high-quality camera features that make possible low-budget movies. The interesting thing about this “new wave” reminds us what happened with the French New Wave and the 16-millimeter film cameras at the end of the 50s, with a movement called the “caméra-stylo” (French expression for Camera-pen) quoted by Alexandre Astruc, the French film director known by his contribution of the “author´s theory”, that gave the basics of the idea that a director needs to emulate with his/her camera exactly what he/she does when he/she is writing in a piece of paper: spontaneously, jamming, personal, using natural light along with low-budget. Today, the smartphone filmmaking movement is bringing exactly the same principles the “Nouvelle Vague” (French expression for New Wave) stated seventy years ago, with an additional component: democratization.

The pandemic has changed the rules of the game, and in most cases bringing hard times to many people. However, it has also opened new windows of opportunities, for instance, in education. With virtuality becoming the rule and not the exception, education has been forced to face a new reality, where there is a new ingredient as part of the recipe, which is the digital revolution. With a new set of skills with better access to high-quality technology, the fundamentals to a new way of doing things is set to the table. Unfortunately, there is still a missing part of the equation since governments and even the private sector are not taking full advantage of what they have at their hands. Programs such as SmartPhone Filmmaking should be the norm all over Latin America. But in fact, this is not the case. The education system continues to promote learning over making, and in most cases preparing kids for the past and not for a future that it does not exist but that we have a good idea of what it will become. The film industry, known as the seventh art, has given for decades the possibility to dream and to express feelings. What Education Soul has seen in the SmartPhone Filmmaking Program is that children fly. Among one hundred projects at the red-carpet marathon, not even one was related to the pandemic. That means that children are eager to express themselves; they need a voice to speak out loud. Skills such as leadership, communication, critical thinking, creativity, and technology design as it was stated by McKinsey in 2018, are the basics when a child is making his/her version of his/her own “caméra-stylo”. And the best thing above all, it is bringing a path to children in underserved communities that normally do not have the possibility to think, manipulate, and dream about making a movie. 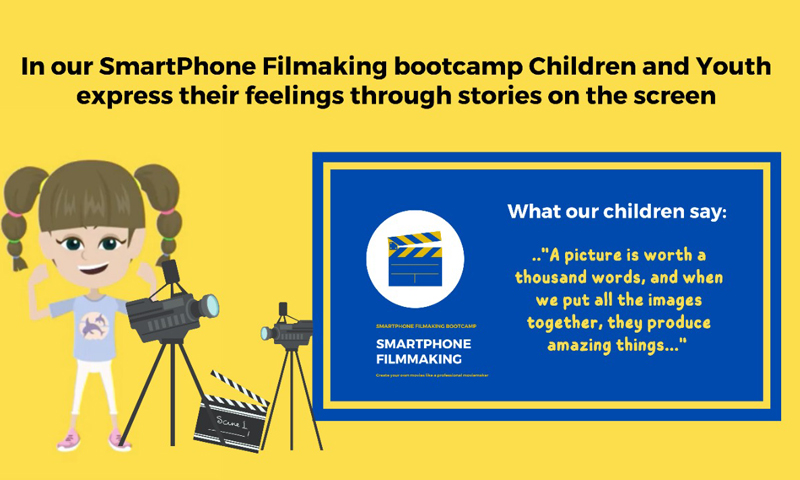 This journey has given children an unusual variety in subject matters, to produce new representations with a fresh new language, to exploit technological opportunities of the digital age as never before, where content and themes reflect and exemplify the tools of their making, ultimately creating new ways of storytelling, new modes of expression and production, and new types of audience engagement. It gives education with the opportunity to make new social and cultural experiences, where there is a narration of different perspectives that in some sorts liberate the souls of children that have a lot to say nowadays.

The SmartPhone Filmaking is an initiative like many others who belongs to what it is called the Orange Economy, where art, design, videogames, film, and crafts carry an intangible value, where according to the IDB (Inter-American Development Bank) if it was a country, it would be the fourth-largest economy in the world after the United States, China and Japan because of its value in trillions of dollars. The creative and cultural industry has a long way to go and a wonderful market opportunity. Its expansion can bridge social divides and promote social integration. As we stated before, programs such as SmartPhone Filmmaking that are addressed to underserved communities opens the path for democratizing the skills of the future. However, there are questions that remain: is the education sector in Latin America aligned with the promotion and development of the skills of the future? Is the pandemic giving us an alert of what a point of inflection is all about? Are we really preparing our children for what it is coming in the next fifty years? 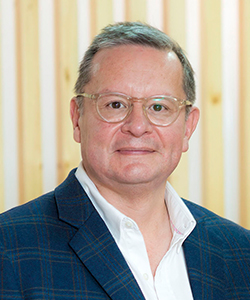 Since 2007, Juan Manuel has been a serial entrepreneur in different business sectors such as food, IT services and EdTech. He has created seed money funds, developed entrepreneurship public policy projects, and fostered acceleration programs. He is frequently invited as an entrepreneurship and Digital Transformation speaker in Latin America.

As Education Soul Co-founder, his most recent startup, he has been devoted for the last 5 years, to close the digital gap at underserved areas, reaching +24,000 students in Colombia, in 12 cities and 59 low-income public schools. Using EdTech platforms based on adaptive learning, his company have helped students to develop their own digital skills in a personalized way and at their own rhythm and speed, assuring follow up and concrete results, to make social impact possible. He has also championed projects such as SmartPhone Filmaking to promote the orange economy at underserved communities.

He serves as HundrED Country Lead Colombia, a Finnish not-for-profit organization which seeks and shares inspiring innovations in K12 education around the globe.

He holds a B.S. in Business Administration (Los Andes University – Colombia) and an Executive MBA from Boston University.

Leading with Passion and Purpose
SEL and Why It Matters to Students
How the Design for Change Methodology Addresses the Needs of Students in the 21st Century
Our Lives on a Continuous Loop – The Relationship between Social Media Use and Wellbeing
Video Games: More than Just a Game
Coding the Future of the New Generation
CONTACT US