Coding the Future of the New Generation 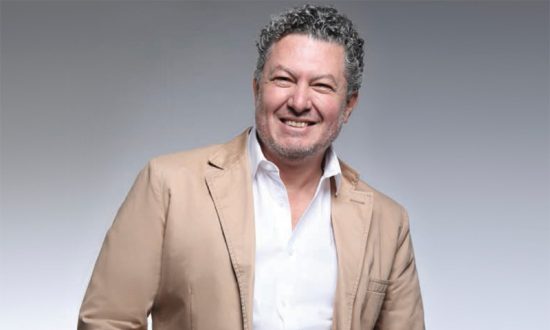 Alejandro Villanueva very much enjoys family, friends and food and loves nature, scientific progress, fantastic stories, and futurism. As an explorer and a solver, Alejandro is passionate about the path from a big challenge to a new solution. Today, Alejandro works at Fundacion Televisa with an amazing band of colleagues to basically figure out how a small group of people and a network of committed partners can provide alternative futures to a million people every year.

It was 2015. A small group at Fundacion Televisa came together to discuss the possibility of a new educational program that could be transformational for individual beneficiaries and have a large-scale impact on the country. As an institution with a long-term commitment to education and providing life-changing opportunities, we rapidly recognized the urgent need to ensure that kids, primarily from public schools, are adequately prepared for the new jobs created by the information age. Like other emerging economies, Mexico has a historic chance to prepare its students for those jobs and trigger unprecedented economic growth, investing massively in talent. Several studies, like the ones from the Interamerican Development Bank and the World Economic Forum, give lists of exciting new careers and conclude that the not-so-distant future jobs require a new combination of technical, intellectual and emotional skills. Moreover, some studies also alert that not acting promptly creates a huge risk of broadening employability inequalities for today`s children and youth, particularly those from low-income families.

With the first decision made, the next question was how. We needed an ambitious statement, clear enough to rally the necessary partnerships and a sound methodology that would allow us to scale effectively and efficiently. Our initial goal would be “to teach one million children how to code” so we could groom a new generation capable not only of using technology but of creating it. Learning to code goes well beyond purely technical knowledge. It develops other core skills like critical thinking, problem-solving, project making, resiliency and unleashes creativity as kids discover they can build fun things with their new superpower! With this aspiration, the team began researching and brainstorming. After a few days, we met with Alicia Lebrija, the foundation´s president, to share our findings and thoughts. We learned from what other organizations around the world were doing and also from our own foundation programs, including a pilot effort with young Latinas in the US. At some point, Alicia paused the meeting to make a bold assertion: “if we really want a scalable program that reaches every kid, we necessarily have to work with public schools, within school hours, together with teachers and authorities”. This idea would guide the core structure of our program in the years to come. 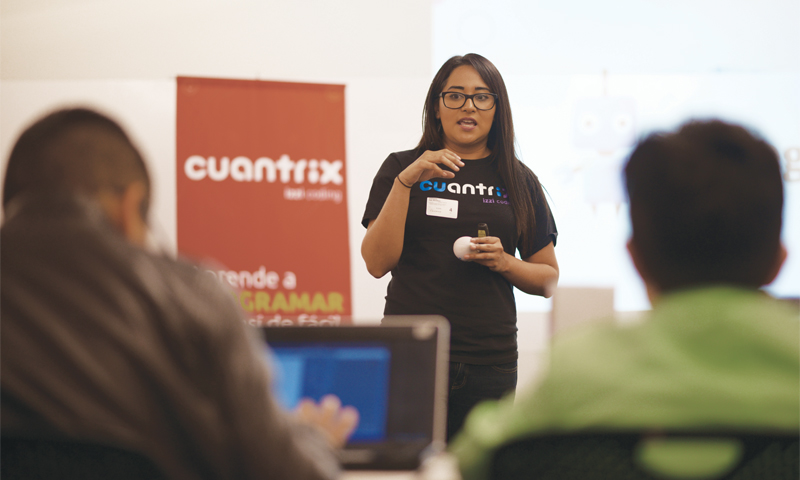 Right after that meeting, many questions arose. First, we had no idea if the school community would be open even to try and eventually embrace the program. Second, we did not know if elementary and secondary school teachers with no technical knowledge or coding experience would be able to teach computer science and coding basics. We were also concerned that connectivity limitations at schools would be an insurmountable obstacle. Finally, how can we best support teachers systematically to improve the chances of the program actually being implemented and gain ownership for the longer term? There were many examples of “special” projects failing because they only relied on initial training with no follow-up. As a foundation, we had a good experience in content creation through the Valores (values) program reaching every elementary school classroom in Mexico and training over 100,000 teachers through Becalos. This new program aimed to develop/curate a state-of-the-art curriculum, train the teachers in something completely new for most and support them along the year to increase our chances for true impact. And, we also needed a good name!

The team continued researching and put together an advisory group with the support of professor Victor Gonzalez. He invited leading computer science figures from public and private universities to serve as a sounding board. After several conversations, we finally came to a proposed operating model based on three key ideas: 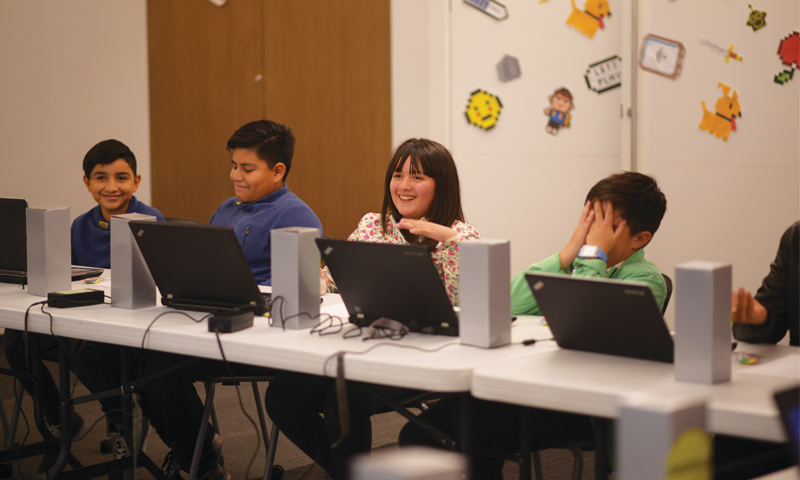 With this in hand, we first approached IZZI, the telecom company of Televisa, to co-fund the pilot. We also had the support of AMITI, the Mexican Association of the Information Technology Industry, and BIC, an international consumer goods company. Together with IZZI and inspired by quantum computing, we defined a name: CUANTRIX. The new program aspired to create exponential opportunities for kids and massive change for Mexico as a whole.

So, in the spring of 2016, we were ready to launch a 10-week pilot before the end of the school year to test the whole idea. Intel helped us introduce the program in two public schools where they were already working, and we asked the Ministry of Education for two more with no special interventions. The results were incredibly promising. Principals and teachers were overall very supportive, declaring things like: “this is truly beneficial for our students”, “our students were collaborating as they discovered and shared”, “(students) were enthusiastic as they love everything that has to do with technology”. Teachers seem to be motivated by the kids’ excitement with the new activities and tools. They talked about igniting creativity, innovation, learning by playing and other positive outcomes. With the feedback, we rapidly began to prepare for a year-long second pilot with 5th graders in over 300 elementary schools in 8 states. The results were again quite positive. Over 80% of participating students reached a satisfactory level. Nonetheless, we also learned some key lessons on scaling based on failures. 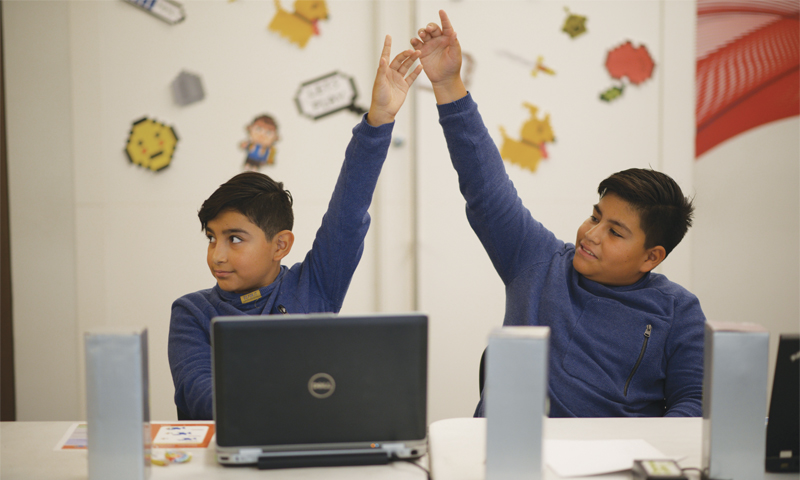 We talked to education authorities at different levels based on previous contacts or just cold calls to extend the program. In some states, we spoke with the secretary, but in others with either an advisor, an undersecretary, the technology director or the head of elementary schools. Most of them were open, a bit sceptical but allowed us to work with their schools. Yet, as we began conversations for the following cycle, we found that only in those places where the secretary was committed were we able to continue since it implied a co-financing of the program. Two of the states that were pioneers in that first round and continue to work with the program are Campeche and Sonora. There has been a change in leadership in the education ministry in both cases, but the program keeps going.

After the first year of operations and administration, we concluded that we needed an experienced partner to implement both trainings and facilitators. We reached out to UNETE, a national leader in tech programs for public schools. With them, we developed a model where each school, independently of its size, would cost around 1,500 USD for the whole year, with all costs included considering clusters of 20-25 schools. This meant an average investment of 7.5 USD per child for up to 40 hours of instruction. The average before the pandemic was 15 hours meaning 50 cents per hour of instruction (just as a reference, in Mexico, an hour of coding lessons in a private afterschool program costs 10-15 USD). We usually split the cost with the federal, state or municipal governments and other private donors like Microsoft, Accenture and SURA. 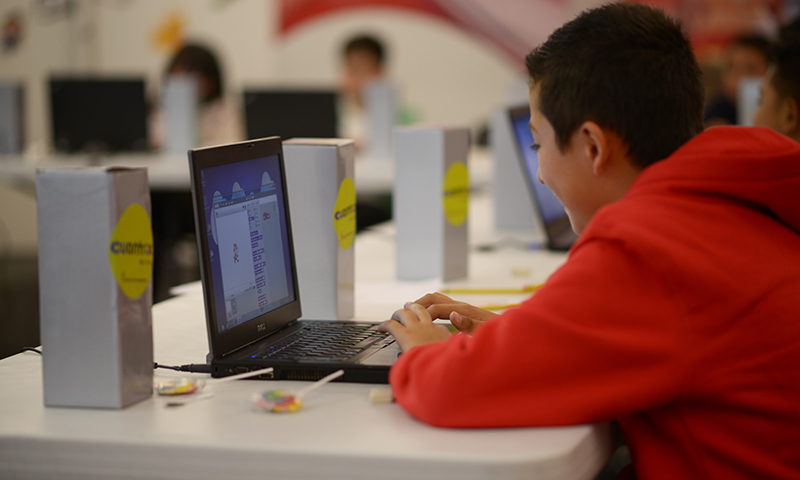 In summary, we build partnerships and develop all content. UNETE does the heavy lifting on the ground for training and follow-up. Together we analyze progress and act accordingly. In the 18-19 cycle, we reached an estimate of 110,000 kids, including Cuantrix schools and autonomous teachers, using our content.

For the 2019-2020 year, we continued to work with several states but were specially honoured to begin a large-scale collaboration with the Federal Education Authority for Mexico City. We trained close to 10,000 teachers reaching around 766 elementary schools with over 200,000 students in a record time. Although the pandemic meant a change in the implementation strategy, we agreed with the authority to expand the program to over 900 schools for the 20-21 cycle. Moreover, we also worked with the ministry of education TV team (DGTVE) to create over 100 short videos reaching an estimate of 2 million kids on TV and multiple websites. These videos were cosponsored by the Lego Foundation and had valuable feedback from an MIT media lab team. As of now, we are preparing the back-to-school implementation, working on a new generation of online tools, a new AI curriculum for middle school and a new format for a nationwide coding challenge. We are also working on a computer basics program for families so they can better support their kids. Finally, as we (hopefully) return to schools, we will engage in a three-year impact evaluation to gain a much deeper understanding. 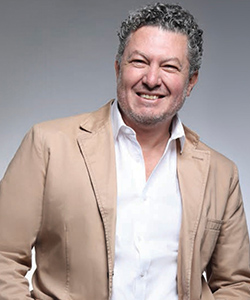 In his role, Alejandro engages with governments, companies, universities, organizations, and individual citizens to create life changing opportunities on a sustained basis and a long-term perspective. A combination of mass media, interactive tools and on-the-ground interventions to inspire and support people primarily in Mexico but also reaching the Latinx community in the United States and other countries in the region. Before, he had another incredible time at the W.K. Kellogg Foundation focusing on countries across Latin America and the Caribbean. He previously worked at AXA, ING, McKinsey, served as City Counselor and started a couple of tech-based companies.

Alejandro holds a master’s degree in business and has participated in several executive programs from institutions including Harvard Kennedy School, the University of Chicago, Wharton School of Business, and the Aspen Institute. As an employee, a consultant, a mentor, and entrepreneur, his life has been mostly about imagining and co-creating change, building bridges and stirring in choppy waters.

How Schools Can Do More Than ‘Return to Normal’
Make Learning Faster and Better For Students with Various Platforms & Tools
What is Values-based Education (VbE)?
How Mentoring Changes Us
Smartphone Filmmaking: A Journey to Develop Social and Emotional Skills for Underserved Communities in Latin America
Reimagine Higher Education and Revolutionise High School
CONTACT US