Home /ACADEMIC VIEWS/Following the Footsteps of the Little Prince

Following the Footsteps of the Little Prince 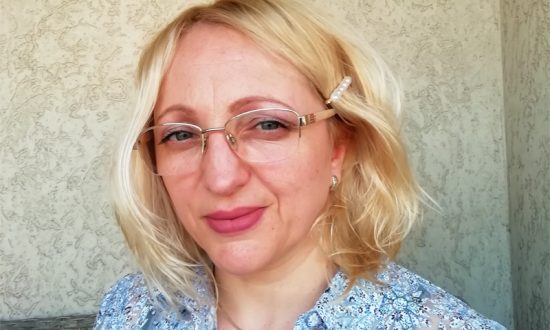 Olivera Arizanović is a teacher of Serbian language and literature from Serbia. He has been working for 24 years at theHigh School of Economics in Nis. In her work with her students, she has achieved numerous national and international recognitions and awards. She has collaborated on several international projects in the field of entrepreneurship and educational leadership. He is the author of professional development programs, author and moderator of numerous events, literary evenings, forums and workshops; author of literary texts and texts of literary criticism; collaborator in the production of several monographs, author of performances and academies and several websites. Member of the jury of several festivals and literary competitions. Author of the educational project ‘Stop Violence’ Participant in several international conferences and professional gatherings. She is the holder of the title of the Best Teacher of the former Yugoslavia. She is an active member of the EduBalkan teaching community.

We live in a world where there is constant talk about justice and law, about gender equality, economic equality, but when we collide with reality, our ideals and enthusiasm collapse. I am aware of the shortcomings of teacher engagement. While we are engaged in the affirmation of those who need additional support in the development of intellectual capacities, let us neglect those whose intellectual capacities require an additional stimulus suitable for the above-average and talented. When we focus on those for whom social maladaptation is a brake on progress, we come to a situation where we forget those who are reasonable and patiently wait their turn. The vicious circle has no beginning or end.

The fact is that approximately one-third of the population of the Republic of Serbia are members of national minorities, and about 1.5% of the population are Roma. They are residents of all Balkan and European countries and are nowhere to be found in their mother tongue. Today, the Roma language, which I am proud of, is taught in primary schools in Serbia as an elective subject, the Roma language with elements of national culture. It has been taught on the territory of Vojvodina since 1998, and in the whole of Serbia only since 2015. A lot has been improved in education in Serbia in recent times. The teaching process includes pedagogical assistants who work on the inclusion of Roma in the education system of the Republic of Serbia. A whole series of affirmative measures for that purpose was developed, but it was not like that only a couple of years ago. All education systems in the world face challenges and strive to do much and more than that, given the resources and capacities at their disposal. It is an untold story in Serbia.

There have been and still are many open issues, enthusiasm as well, when it comes to individual teachers, but there is little opportunity and hearing when it comes to legal regulations, professional support and material resources. In Serbia, everything still ends with the enthusiasm of individuals, and it devalues and opens endless defeats, but we must not allow that. The quiet water of the shore dives, the Serbian people speak, and that is the strength that must be fed and the motto that I am guided by in my work, and I recommend it to all my colleagues. If we look at ourselves as just one grain of sand, which by its action triggers only three more grains of sand, and each of them again, in fact, we raise a sandstorm and change the entire relief from the roots.

That is why I single out from my pedagogical practice the story of the Roma student Silvija Sadiković, who is one of the grains of sand that I started and that is now being started by a new one. After a few months of attending Serbian language and literature classes, student Sylvia timidly handed me a candle with verses and asked for an opinion on her work. Her story largely fit the statistics that Roma students, as children who mostly come from poor, deprived backgrounds, have an increased need for additional support. That is why I believe that one must act personally, individually, humanly with a lot of love and observation, creating through the vision that we have only what we give to others. And when we resolutely give love, will and enthusiasm, we get it. Whether it is pedagogical optimism or something else, it seems to be irrelevant, because the rose will not smell differently if we call it by another name. I gladly included my student in the work of the literary section. She instructed how to improve her style. I worked with her on the affirmation of her work through participation in literary competitions for young creators. This has resulted in successes, awards and recognitions. I had conversations with her, encouraging her self confidence and enthusiasm in her work. I published her literary achievements on my blog and showed joy for every extra effort she made in learning other subjects.

Thus, at a time when young people no longer come to pick up a book from the library, but Google all the information, I pointed out to her the importance of reading, education and the right way to stimulate intellectual development, insisting that her power lies in what she reads and learns. One should act by personal example and humanity, even when the legal framework does not yet exist, and the story of a Roma student who reads and writes with significant talent showed me that she can be seen well with her heart. I watched with my heart as the hero of the novel, and the hero of the song ‘Following the Footsteps of the Little Prince’, with which he introduced himself to me. A student who loves to read and create was a joy to me, and I supported and encouraged her in every sense.

No legal frameworks and recommendations are needed here. It is a place where meaning and man are established in the field of education with ease. For the creativity of my student, I managed to intrigue the general public by organizing a literary evening in cooperation with a native poet, and the student was more motivated to work harder and better. She overcame her insecurity and fear of public speaking. Through public affirmation, she received additional impulses and encouragement, and the taste of success fed new successes. Recently, truth be told, psychology has changed its perspective in looking at the causes of low student achievement from socially and economically deprived backgrounds. It deviated from the ‘biological’ perspective. The importance of the environment in which the child grows up for his development and educational achievements was realized. This, in turn, has encouraged the creation of measures in education that are sensitive to the fact that not all children have the same initial conditions, all of which means that responsibility for failure has shifted to a school that has not properly corrected initial inequalities. But more surprises were waiting for me in that story. 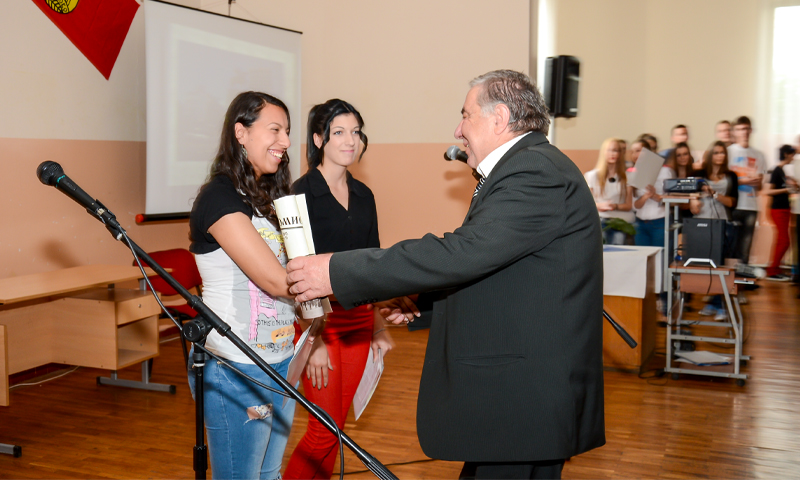 When I sent my student to a literary competition for young artists who write in the languages of national minorities, I realized that she only creates in Serbian, but not in her mother tongue. It turned out that the young Roma woman was ashamed of her language and that she created only in a language that was, conditionally speaking, foreign to her. This is in a way understandable because the interest in learning the Romani language in schools in Serbia is not present since the Roma community does not recognize the importance of nurturing the Romani language during schooling. Roma parents, who communicate with their children in Romani at home, often feel that their children do not need to learn Romani at school.

This knowledge encouraged me to encourage my student to start singing her songs in Romani. However, this is where the problem arose, because although educational measures and laws on minorities in today’s Europe and Serbia allow Roma children to use their mother tongue, it is not easy to achieve. The Romani language is still not standardized and in every variant of its use, there is a dialectal form. This only further encouraged me to direct my student towards learning and using my mother tongue and its affirmation. I enabled her to establish cooperation with a native poet of Roma origin and to sing her songs in consultation with him and to improve her knowledge of her language and national culture. Now she is, that grain of sand that moves. She was one of 30 Roma students who enrolled in the faculty of her generation in Serbia.

During her studies, she became the initiator and activist of a humanitarian organization. She is proud of her origin, language and knowledge, which she spoke about at one of the ‘Teen Talk’ conferences. It is one of the stories of Roma who are successfully fighting for changes in their personal and ethnic identity. I contributed to that story as her teacher, to whom it is clear that only positive and quality experiences in education improve children’s way of thinking, make them safer and more competent, and they are a kind of individualization that each of the teachers must strive for. Such examples bring several positive consequences and are significant steps toward progress. Through them, education becomes more of a space that raises the level of achievement of students from deprived backgrounds and to greater extent levels of social differences. So, commitment and humanity are the paths to justice.

The Education of Second Language Learners: A System in Plausible Deniability
Educating Generation Alpha
Sense of Belonging is an Institutional Responsibility and Roadmap to Student Success
The Importance of Teacher and Staff Recognition!
Turning Cannot into Why Not
Public Policies in The Education of The Balkan Countries
CONTACT US