In India, not every 18-year-old has a clear idea about their career. Most of the Higher-Secondary students are swayed by peer pressure and give a shot at becoming a Doctor or an Engineer. Once that fails, they then frantically crowd towards whatever course they can get their hands on. However, many middle-class students with real passion for medicine also gets herded into this crowd. Why is it hard for a middle-class student to get a good medical seat?

Most crack under the NEET pressure. Then there is the reservation system, where the student must keep ploughing through with their fingers crossed. Added to this the ridiculously hefty fee and expenses that prestigious institutions charge for a seat, promising doctors are hindered from realizing their dreams.

So, the next option, obviously, is to move abroad, and that’s exactly what Anandu Nagesh did.

Hailing from a normal middle-class family from Kerala, Anandu liked medicine, but was sceptical of landing a seat in a respectable medical institution. With the support and help of his parents, he decided to try his luck outside India. Anandu made a list of the countries that provided good Medical education, offered ample exposure, and was close to home. Russia was at the bottom of the list, until he read in a newspaper about a Russian woman speaking fluent Malayalam, Anandu’s regional language, which the woman learnt from her husband who was a Russian doctor practicing in Kerala. Anandu immediately took a liking to the country and did his research.

Upon investigating, he understood that Russia provided medical education at nominal fee. In his own words, “I chose Russia because most of the medical universities are state funded and yet the quality of education is top class. Also, Russia has a fairly stable relationship with other countries, and I feel safe here.” 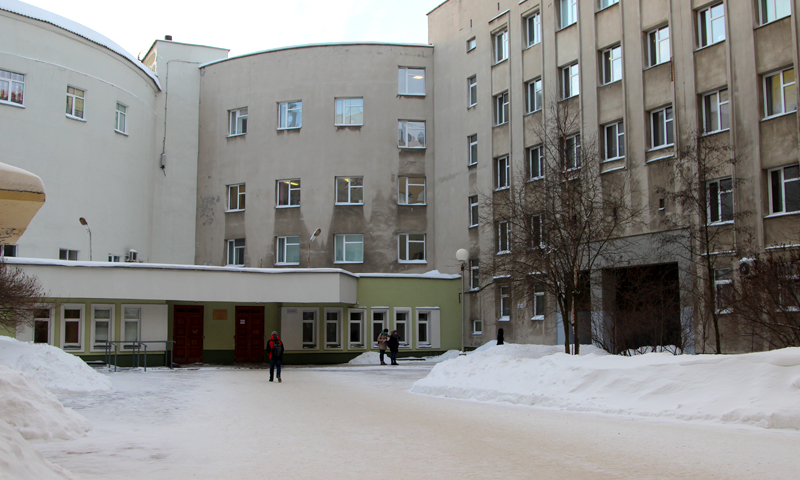 After much deliberation, he finally chose Northern State Medical University, Arkhangelsk. The university also offered a number of exchange programs that was an added advantage. Once Anandu decided on the University, he applied through an education consultant who was currently pursuing his studies in Russia. The young gent was helpful to Anandu in getting the paperwork right.

Anandu got his certificates attested through Norka Roots and applied for a visa through an independent agency. Since he had an invitation from the university it was easy to get the visa stamped. First, they stamped him for 3-month single entry visa, as is the rule. Later, when he got to the university, after signing up all the contract papers, they got the visa extended to a multiple entry 1-year student visa.

On October 5th, 2013, Anandu boarded his flight from Cochin to Saint Petersburg, the Northern Capital of Russia, via Dubai. Thanks to his educational consultant, Anandu got some friends who were also flying with him to NSMU.

Five hours from Dubai, Anandu touched down in Saint Petersburg. The immigration officers kept the conversation casual as they sifted through his paperwork. The friendly demeanour of the officials put Anandu and his friends at ease. After collecting their respective luggage, they were welcomed by a staff from the consulate. To the students’ surprise, they had to take a domestic flight in order to reach Arkhangelsk. Once at Arkhangelsk, the faculty administrator welcomed the students at the airport and took them to their hostel.

Anandu was happy to see that the university had a big clinical base and quite a large international faculty, who welcomed the newbies. The students had their documents checked and verified and were asked to go through a physical examination. Soon after, the new students were divided into several groups of 10 and 12. Anandu found himself in a group of 12 and was surprised to learn that each class consists of only 10-12 students.

Anandu’s first few days in Russia was difficult. It was his first time staying away from home, and he was homesick. The thought that he was to be far from home for a total of 6 years was overwhelming. Thankfully, he met with 5 Keralites at the Uni who made life better. 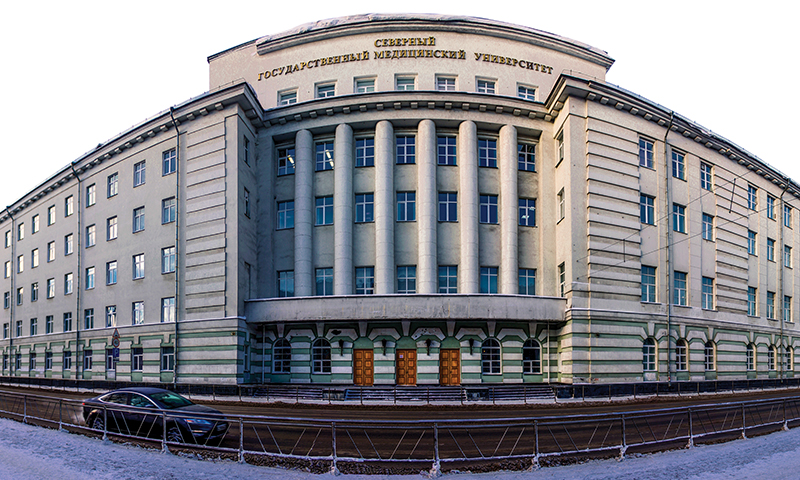 Anandu, without doubt, missed food from home; but most of all he missed spices. Anandu was a vegetarian who switched to non-vegetarian food after coming to Russia. This was an important change for Anandu because although the change wasn’t necessary, as the hostel kitchen saw to it that the students were well fed with the food of their choice, he thought that it was a good way to familiarize with the Russian culture. For someone who has lived his life on predominantly veg food, Anandu found the transition hard, but he eventually fell into step and started appreciating Russian food.

Anandu was also surprised at the etiquette and culture that Russians followed. It was important to wish a person when you see him for the first time that day and bid them farewell when departing. Even if this person is a close friend, this was expected. Also, it was required to wish a person once in a day. Repeatedly wishing a person good morning or good afternoon was considered tactless. The word “Thank You” was something that the Russians used frequently. Also, Russians are big on staying fit. The students are mandated to work out daily and there is no slacking off, even in winter.

Keeping in mind the requirements of the international students, the university completely renovated the hostel. They included better equipped kitchens, indoor sports court, laundry rooms, and libraries. A major testimony to how the university looks after its international students is that in 2013, there were 400 Indians, but in 2019, this number has shot to a thousand. 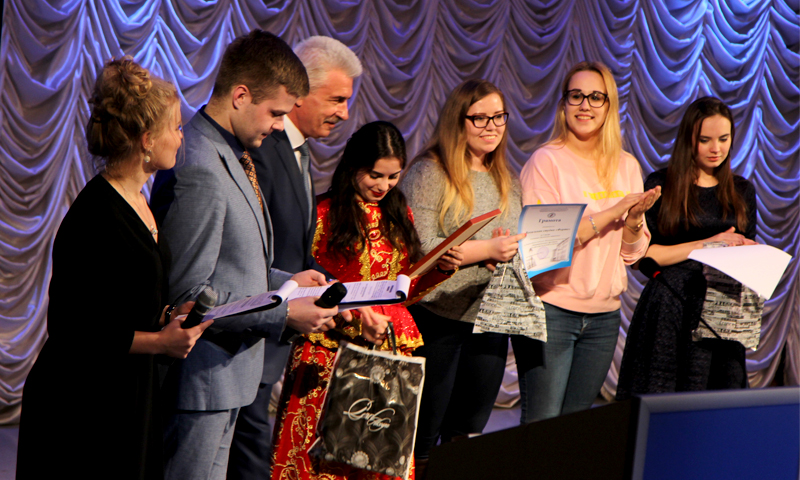 Anandu is now in his last year of MD (Doctor of Medicine), a 6-year full time specialist program. And he notes with pride that there were never any cases of hatred and racism. The Indian students in the university have made a name for themselves by being the best team in Volleyball. Despite being hundreds of miles away from home, the Uni ensures that regional festivals of India, like Holi, Vishu, Kerala Piravi, Diwali, Onam, and Eid, are celebrated with full vigour.

What can India Learn?

Anandu still gets questions as to why he chose Russia and not India. To that he replies, “In India, we have classrooms with 50-100 students and a teacher at the end trying to explain the textbook within an hour. The focus is on curriculum completion, not knowledge transfer. Here, we have a classroom with a maximum of 12 students with teachers who are practicing doctors. They too have their own busy schedules, but because the class group is small, the professors can provide attention to each student. Also, the teachers keep aside their ego and come down to the level of the student, helping the students to better formulate their doubts and questions.”

Anandu says that the university uses a 5-point credit system. In a semester a student should obtain all the credits of subjects which he or she attend during the semester according to schedule, only then will the student be allowed to attempt the exams. The three-part exams contain written, oral and practical parts. Each student is given 3 attempts to pass the semester. Additionally, in case the student had missed a class during the semester, they can repeat the class according to the time availability of teacher and the student. 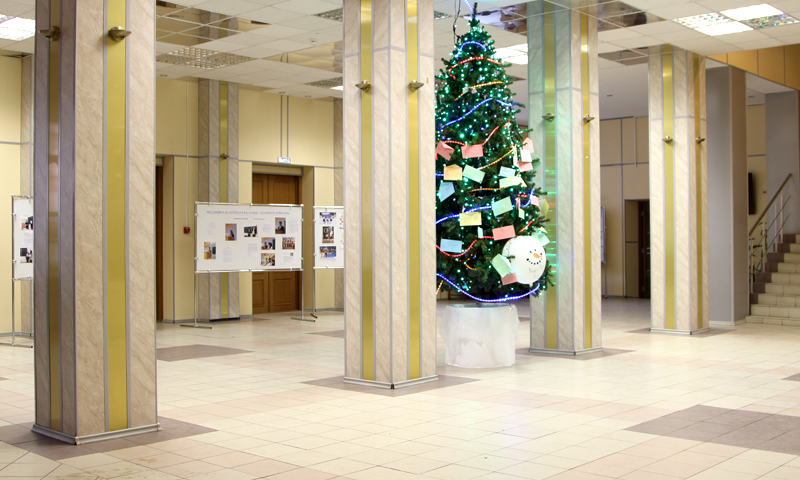 Opening Doors to The Deserving

Anandu is quite proud of his university and with good reason too. NSMU’s oncology hospital is one of the top 10 in Russia. “A lot of our graduates are working in different countries in respectable positions,” says Anandu. “Thanks to NSMU’s exchange programmes, despite the vastness of the medicine field, an NSMU graduate will land a job, especially in the European Union. If you show the potential, NSMU will open 100 doors for you!”

As a word of advice, Anandu says that one has to prepare a minimum of 3-4 months before if one they plan on pursuing their education abroad. There is tremendous pressure and pain in choosing which country to go to, which course to take up, and which university to apply for. Also, one needs to account for time for getting their paperwork cleared, getting accepted by a university, and Visa approval.

Anandu suggests that it would be better if one speaks to students who are already studying in that university. “Do not talk to just one or two. Converse with at least 5-6 people if you need a clear picture, especially if you plan on coming to Russia. You are choosing an English medium program in a country that speaks Russian. The university speaks English, but outside the walls of the Uni, you will have to face the language issue. Also, Russia is cold for about 4 months, with temperatures dipping below zero. Although all the buildings do have a centralised heating systems and winter gear for outdoors are readily available, for an Indian who is used to 35 degree Celsius, the icy winter was a shock. 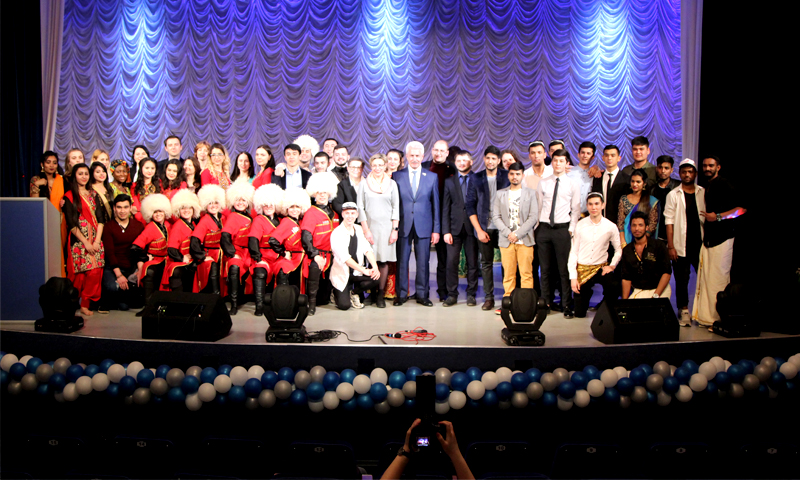 If you plan on choosing a university via an education consultant make sure you talk to many of them and find the trusted ones, these days there are a lot of phoneys out there who will ‘counsel’ you about some university and take you to some other country. So, if you are choosing Russia, first find a trusted consultant. Most universities now have English version of their websites where you will be able to know the admission procedures. In Russia students pay fee after enrolling and signing the contracts. Once you get your student id, you can apply for your invoice and then proceed to pay. Therefore, beware of those consultants who asks you to pay beforehand. Moreover, bear in mind that fee is paid for one year and not for the whole course.”

Anandu says that he is most fortunate for his parents who trusted him to make it this far. “They gave me the support that I needed when I faltered. Choosing Russia and NSMU is helping me fulfil my ambition to become a renowned doctor. I have been swimming against the current so far, and now that I can see the shore, I am beyond happy!” concludes Anandu Nagesh.