How Middle East Mitigated the Effects of Pandemic on School Education 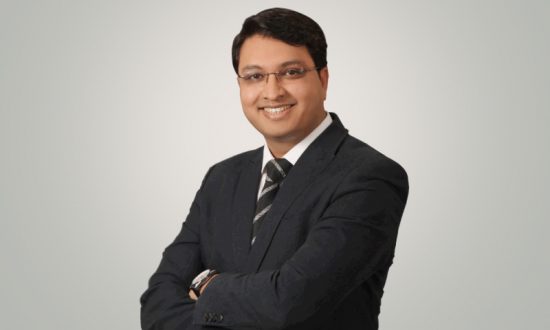 Nitin Vijay is the founder and director of Motion Education, synonymous with success in Kota’s coaching corridors. He has carved a distinct niche in preparing students for prestigious JEE and NEET examinations in India. Till now, more than 250K students have been benefitted from his expertise in Physics. And, more than 10K of them succeeded in cracking JEE and NEET exams, and counting is still going on.

Until the first seven decades of the twentieth century, Middle East was far behind many developing countries in Asia in terms of the disposal of the modern education. But things changed dramatically after massive industrial growth in the region. Today, Middle East is the hub of international schools and many of the world’s top universities are keen to tap the fast-growing education sector in the UAE and Gulf countries. Presently, in Dubai alone, there are more than 200 private schools servicing almost 0.3 million local and expat students. Whilst the ongoing COVID-19 pandemic caused a big dent in the education system of a majority of nations in the world, the scenario is comparatively better and rapidly improving in the Middle East.

Infrastructure always pays off to an economy and the robust physical as well as the digital infrastructure of the UAE, Saudi Arabia, Turkey, Israel, Oman, and Qatar, played a pivotal role in shielding the system to a great extent. Of course, the war-affected regions like Yemen and Syria are exceptions as they are continuously struggling with unprecedented crises. On the adverse condition of the schools and students in these countries, Ted Chaiban, UNICEF Regional Director in the Middle East and North Africa, says, “Restrictions on movement and closure of schools had a severe impact on children’s daily routines, their social interactions, and ultimately on their mental well-being. The longer the pandemic goes on, the deeper the impact on children will be.”

Drawing on lessons learnt during the first half of 2020, policymakers and academicians in the Middle East tried to upgrade the education system that at one end may ensure inclusive learning and at the other end foster development of students’ digital citizenship skills, including social attributes, behaviours, creativity. Secondly, extra emphasis on teachers’ learning and development proved quite apt in extracting the best from the available resources, especially the edtech and ICT. Teachers were regularly supported to learn and incorporate technology effectively while imparting knowledge through digital platforms. Consequently, schools in this region could successfully overcome many online learning barriers that were frequently experienced by several countries across the globe.

Being moderately populated and technologically backed, most of the countries in the region have done a good job at managing the pandemic and mitigating its evil effects on the schooling of children. On the one hand, they were instrumental in utilising Edtech, TV/radio broadcasts, and computer-assisted learning when schools were closed; on the other hand, their preparedness was well-anticipated when the time comes to reopening of schools. Various steps have been taken to alleviate the risks and ensuring the safe re-opening of schools. Substantial resources were deployed to comply with SOPs and hygiene standards. Also, Middle Eastern countries proactively invested in school staff training to bring back students in a safe and progressive learning environment.

According to the information collected by the World Bank’s Edtech team, Saudi Arabia is utilizing TV and social media to broadcast lessons for all the classes and for this task they have designated 127 teachers and supervisors who deliver daily lessons in 112 educational subjects through 19 national TV channels. Besides, the ministry for virtual learning offered five options to students to continue study. Similarly, in Egypt, the government has launched a new study portal, i.e., https://study.ekb.eg/. On this portal, all students from K-12 can access their lessons in the form of interactive videos, games and presentations. Many countries have also amended curricula to keep students’ interest in learning despite changed delivery methods.

After months of preparation, an extensive vaccination drive, and rigorous screening of children and staff, schools in the UAE have once again witnessed a decent attendance inside the classrooms. And, after 17 months of distance mode learning, offline classes in Saudi Arabia resumed for only fully vaccinated students aged above 12. Now, new curricula for the global series, a three-semester plan instead of the two-semester one, and PCR testing of students every 14 days in the first month are some of the most appreciable trends in Middle Eastern schools.

Select the Right Subjects in High School Aligned with your College Majors
Regenerating Education by Leading from the Middle: A Reflection Checklist for Districts
Virtual Reality Based Education: Power of Metaverse
Language Eco-Tourism: The Beginning of a New Era
Innovation – A Compulsory Element of Education?
Education Sector & Education Management in the Middle East
CONTACT US