Home /LEADERS IN FOCUS/Kamishibai – The Art of Storytelling

Kamishibai – The Art of Storytelling 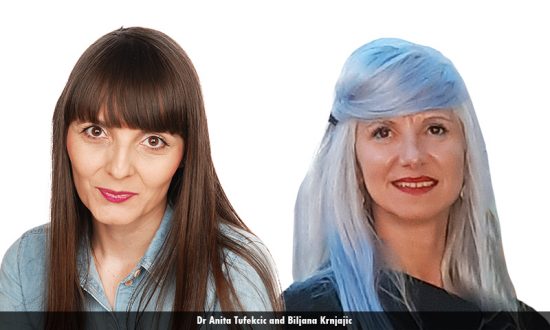 Kamishibai – A View of Japan

Kamishibai is a type of traditional street storytelling which features pictures on a small wooden stage, rooted in Japanese cultural heritage. It is a form of art which combines visuals with narration, creating a vivid interaction of speech and image. The word “kamishibai” is derived from two Japanese words: “kami”, meaning paper, and “shibai”, meaning theater or stage. Some call it “paper theater” and “suitcase theater”, but one thing is for sure: it’s the art of storytelling and narration using visuals, which merges several forms of art.

Kamishibai had lived on the streets of Japan for a long time until the advent of television, when it remained only a memory and a valuable cultural heritage. Between the two world wars, kamishibai narrators opened a window into a world of magic, fantasy and storytelling to many Japanese children. Carrying a small wooden stage in a suitcase on a bicycle while going on errands, the kamishi narrators brought a touch of magic to anyone who needed it, selling handmade sweets sprinkled with joy along the way. 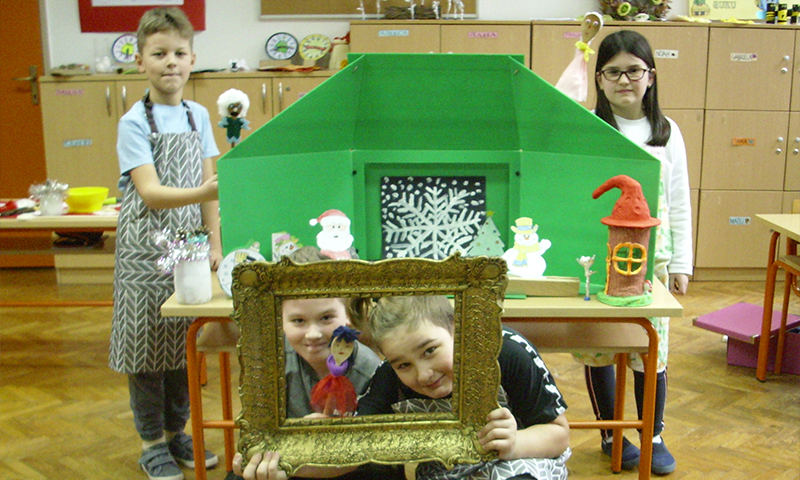 Kamishibai As a Pedagogical Tool

Kamishibai is a blend of many arts but it decidedly combines oral and visual elements in storytelling. Through kamishibai workshops, children can create their own stories, paint the stage and perform the plays. Kamishibai contributes to the development of social and intellectual competencies, enriching vocabulary, encouraging creativity and enhancing imagination. A simple kamishibai can only consist of images narrated by the narrator while an elaborate kamishibai can include a wooden box – “butai”.

Most kamishibai stories consist of 12 to 16 solid cards. The images tell the story for themselves and form a connected sequence of action when switching from one card to another. Illustration is a wonderful medium that combines visual language with written language, weaving together a small work of art. Children experience the story through pictures and living words, which inspires them to discuss and develop critical thinking skills.

What is especially emphasised in creating images for the kamishibai show is the frame. In a picture, the frame is determined by the format of the picture on which it is taken. Given the movement and the impression that the images are moving, the key to kamishibai stories is the need to alternate frames as in the film to achieve that effect.

Kamishibai is intended for listening, not reading to children. The biggest difference between kamishibai and picture books is that it is enjoyed by the whole group, not just the individual. For a kamishibai, there must be at least two persons in order for it to be performed: narrator and listener. The narrator who performs kamishibai is called kamishibai, and the work created by the performance is called “kamishibaiya”. “Hyoshigi” (clapping sticks) is the name for wooden sticks with which the narrator, hitting each other, announces his arrival and the beginning of the narration.

As a pedagogical tool, kamishibai:

b) nurtures love for traditional heritage and history,

e) nurtures and encourages a culture of speaking and listening (mutual respect). 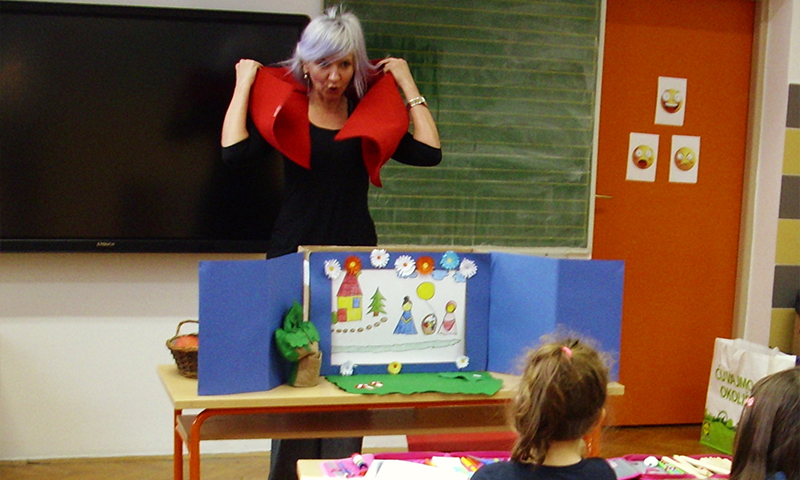 How to Perform Kamishibai

The kamishibai form of storytelling can be used as a very good tool to achieve interaction between a listener and a narrator. It is more interesting for children if they participate interactively in the story itself, than just listening. When performing the story “Little Red Riding Hood”, you can also give instructions to the students. For example to agree on joint movements and sounds. When the students hear a specific word, they perform an accompanying action:

An example of the story “Little Red Riding Hood”, performed by kamishibai was prepared by Biljana Krnjajić at the link: https://youtu.be/r5fKpperfSQ.

The story that the narrator is telling can be enriched  with an instrument, sounds or background music. Each narrator becomes a storyteller by practice and tells the story in different ways, as we are all of different temperaments. Every story is shared in an authentic way and has its own sensibility that the listeners have to respect. The listeners may also interpret the story in their own way, which creates multiple impressions when the story is being reiterated on various occasions. All storytellers observe the World Kamishibai Storytelling Day, 7 December, when they bring together their imagination and fantasy. 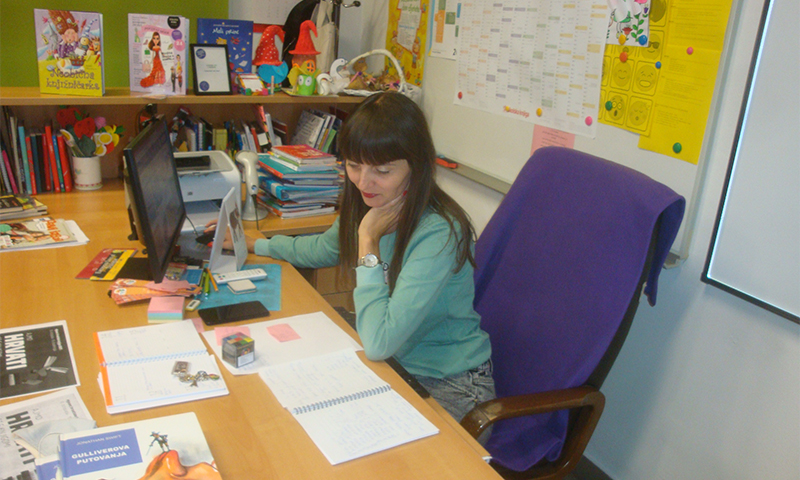 How to Construct a Kamishibai Stage

The Learning Path of Kamishibai

Storytelling in the classroom has proven to be a very effective tool that not only encourages students’ active learning in the classroom but can also be continued outside of school. By linking teaching material and storytelling, students can connect what is already known with new content. In this way, the story becomes an interesting form of learning, which scaffolds further development of imagination and creativity, encourages the use of spoken language, enhances reading skills, raises awareness of the sense of belonging, discusses emotions and relationships that are created from an early age. The great value of this method is in the idea that the stories are made by the children together with the teachers, who guide them in it. It is a participatory practice because children are fully immersed in the creation of the story. The whole process is extremely dynamic and open to many incentives, which include making individual contributions, creating relationships in the group, respecting others and practicing cooperation and togetherness. 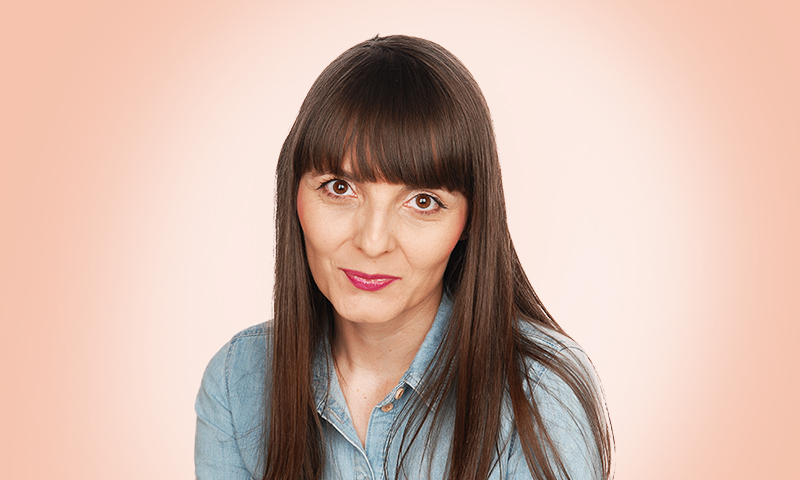 Anita Tufekcic is a school librarian and counselor. Her professional interests are primarily focused on media and media literacy. She has been leading the film troupe Young SKIG members (SKIG – Studio of Creative Ideas Gunja) for six years, participating in numerous film festivals, shows and screenings. She pays special attention to information and communication technologies through her work on film, and in the library. Anita was the recipient of the award for the best education professional given by the Croatian Ministry of Education for three consecutive years, in 2018/2019, 2019/2020 and 2020/2021. In her free time, she enjoys drawing and painting, which additionally motivates her to organize various creative workshops for her students, both in school and outside of it. 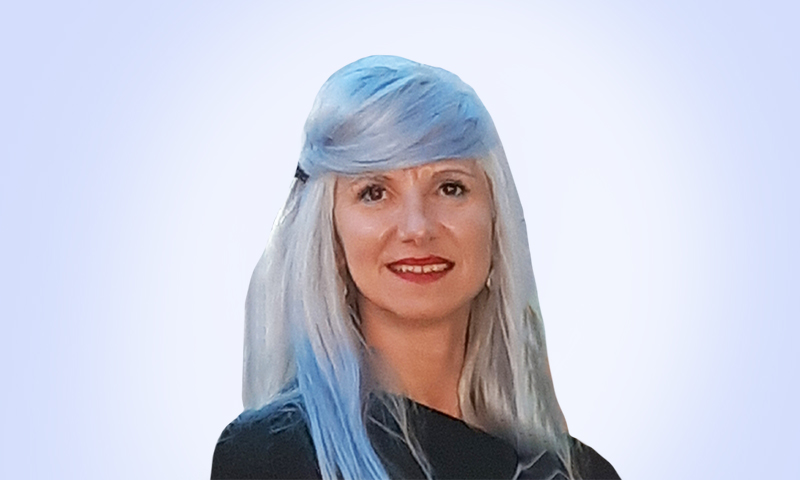 Through her positive pedagogical approach, Biljana highlights the importance of the role of teacher/librarian, which is not just to transfer knowledge, but also to transfer ethical values, positive values and beliefs, accept students’ interests and capabilities, develop independence and encourage creativity as a key competency for lifelong learning. Competencies, individuality and affinities are the factors that can liberate students and enhance their enthusiasm, while her role as the initiator and advisor is to encourage, advise and guide them. Her creativity has found an outlet in different forms, methods and approaches to teaching. Participating in courses on different online platforms gives her the opportunity for continuous professional development and to express and further develop her creativity with the aim of improving her teaching practice and encouraging creative thinking. Biljana was the recipient of the award for the best education professional given by the Croatian Ministry of Education and Science for two consecutive years, 2019/2020 and 2020/2021. She wishes that teachers, expert associates and librarians join forces and implement activities aimed at engaging students, encouraging them to think, and teaching them how to react creatively to different situations.