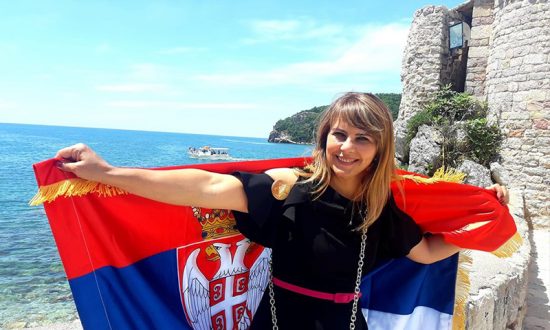 Serbia, a small country that gained independence after in the 90s the civil war and the disintegration of former Yugoslavia, is a country that enjoys a continental climate—four seasons. With green landscapes and beautiful countrysides, Serbia is quite pleasant, attracting attracts tourists from all over the world.

Serbians, however, rarely go camping, hiking or cycling and enjoy the beautiful seasons of Serbia. Instead, they migrate from the countryside to the cities, along with their children, to look for better opportunities. These children are denied the chance to marvel at nature and ask important questions like why is the sky blue sometimes and pink at other times? Where does honey come from? Who makes it rain? These inquisitive and curious questions lay the foundation for future scientists and change makers. Hence, it is impertinent for children to interact with nature, play in the open, and think out loud.

Meet Željana Radojičić Lukić
An award-winning teacher from Serbia, Željana is a Global Teacher Prize finalist and a winner of both global and national teaching awards. She is also a founder of Balkan’s educational network “Best Teachers of Former Yugoslavia Association”. Željana has also had the opportunity, after 25 years of working as an educator, to become an assistant to the Minister of Education in her country.

Today, after over 30 years of experience teaching, she says: “Teaching has brought me a lot of joy and made me happy. I have grown and improved along with my students, we taught each other. At the beginning of my career, I began to see the shortcomings of traditional teaching practices and searching for methods to improve them. At first, the changes I made were few and far in between, because I feared to deviate from the compulsory educational programs. Later, I became more daring, but I still worked in a state school and it was becoming increasingly more difficult to bring about the changes I had in mind.”

After working 10 years in a school, she began to dream of her own private school. Since she was a refugee, she was too poor to make this dream come true by herself, but she was not one to be discouraged. She continued to use every opportunity to speak about her ideas publicly. Eventually, she reached out to Serbia’s education authorities, who realized that children in rural areas have different educational needs. With the help of some influential people, they succeeded in implementing a children’s program into the big international project called “Sustainable tourism in rural areas”.

This was the opportunity Željana was looking for. After investing considerable time and effort in designing a concept of learning under the open sky. Željana and her team desired to make an authentic learning concept that was easy to implement in any rural area on the planet, any place with inspiring nature and a bare minimum of conditions to make this concept work. Thus, birthed Magic Village, a revolutionary concept in education!

What is Magic Village?
“The concept name, the Magic Village, wasn’t accidental since it is completely wrapped in a fairy tale. When coming up with this learning concept, we had in mind that our childhood habits often define us even as adults. We also took into consideration that children who grow up in urban areas are, in a manner of speaking, handicapped, because they don’t grow up in nature and often hardly experience it. For someone who lives in a rural area, it’s sometimes difficult to comprehend that there are children in cities who believe that milk comes from a carton, eggs from the fridge, tea from the pharmacy, and bread from the shop. 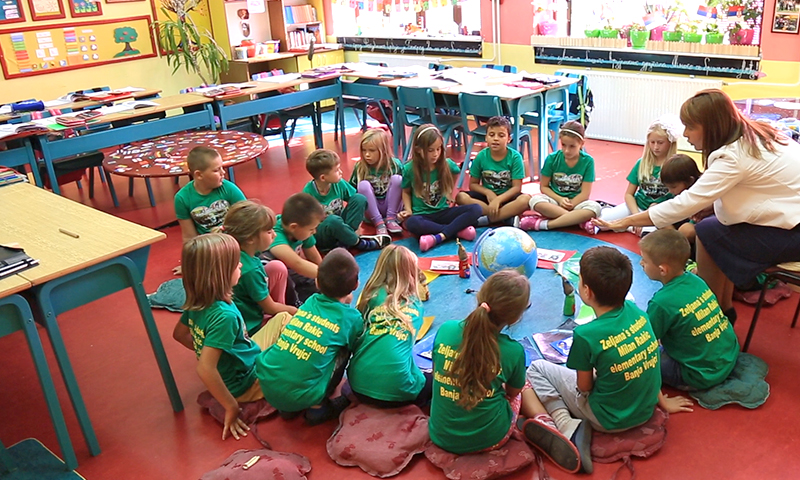 This is because children in the countryside live in harmony with nature from the day they are born, while children in cities get to see nature through their screens. Isn’t this reason enough for every city parent to take it upon themselves to provide their child with moments spent in the countryside and in harmony with nature? We found out that most children don’t have opportunities to visit and enjoy the countryside unless they have grandparents who live in a village, we decided to start a children’s research center on a farm, in the purest nature. There is no better way of learning than learning through experience from a farmer and on a fairy-tale farm like the Magic Village,” Željana says.

UNICEF reached out and helped her by financing the construction of the Magic Village in 2012 and enabling the team to test the learning concept through integrating the learning materials in ambient classrooms, like an orchard, vegetable garden, field, meadow, forest, barn, etc. This approach turned out to be agreeable with a child of the 21st century, as through experiencing nature, under the open sky, motivated children greatly and the authentic characters in costumes inspired them additionally and sparked the desire to learn and expand their horizons.

Through some examples of experiential learning in the Magic Village, the teachers came to realize that the city children are for the most part unaware of how food gets onto our plates, like grains, milk, tea or spring water. “They are surprised when we take them to a barn and show them that milk comes from cows, eggs from a chicken and that a chicken lay on egg per day, and that tea has to be harvested from a meadow first, etc. These facts are surprising because they assume that a chicken lays several dozen eggs daily, or that chickens have four legs, or that a bull gives milk. It may sound insensitive, but children in the countryside are indeed born and live like people, while children in the cities live like pets, because they have a drastically different relationship with adults,” she comments.

A School with Solar Drier and Weaving Looms
The learning concept in this unusual school is based upon: Four colors, Four seasons, Four corners of the world, Four fairies, Four professions, and Four magical houses – four ambient classrooms with a multitude of authentic learning resources, such as a sundial, a telescope, a digital weather station, a solar drier, a weaving loom, vegetable gardens, etc.

“During our time at the Magic Village children’s research center, we are constantly in touch with the children and their parents, we follow their reactions to everything from the magic gate to the magic houses. They mostly come uncertain of what to expect, restrained, and closed off to communication. The view of the magic houses somewhat relaxes them and the contact with fairy-teachers opens them up for cooperation. Namely, by creating this learning concept, we had in mind the children’s need to be surrounded with authentic characters in costumes, and we decided to use characters from Slavic mythology, and in this way the children who come to visit us get an immersive fairy tale experience,” says Željana.

Experiential Learning at The Best
Children live through a fairy tale in this unique teaching concept, by meeting the fairies, getting to know their names, the houses’ names, participating in unusual games like weighing wheat on the scales, gathering herbs, drying and packaging tea, weaving on a loom, looking at the stars through a telescope, applying their weather calculations, or baking a magical loaf of bread in authentic ovens. 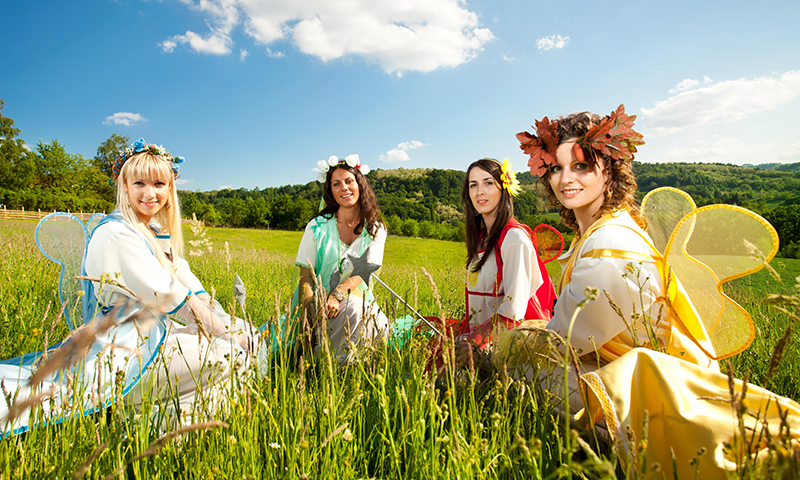 “This method of getting the children involved is often unknown to their parents as well, so we get parents as participants in our workshops. Is there a better feeling than knowing that you made an impact on a young life and gave them a memory they will cherish and learn from? We are aware that every child who has ever set foot in our classroom under the open sky a future ambassador for nature, the countryside and a healthy lifestyle, and that they will continue to insist on preserving nature and teach their future children to live in harmony with it. My wish is for the Magic Village to be recognized as a need of a 21st-century child, in my country and in the world, and to implement this learning concept within educational systems, through curricular or extracurricular activities,” Željana says. 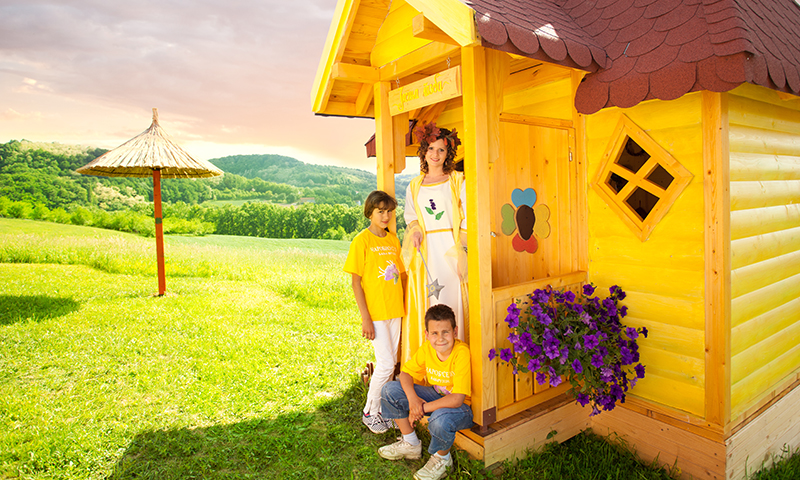 If today, our kids do not know the source of eggs and hamburgers, what will they grow up to be? What are the needs of children nowadays, and what will be their needs in the future? Perhaps a network of Magic Villages all over the world is a good answer to the future needs of children. We believe that children of the future, like the children of today, deserve a detox by learning in authentic fairy tale oasis, under the open sky, where fairy tales and learning through experience help develop useful skills for the future.