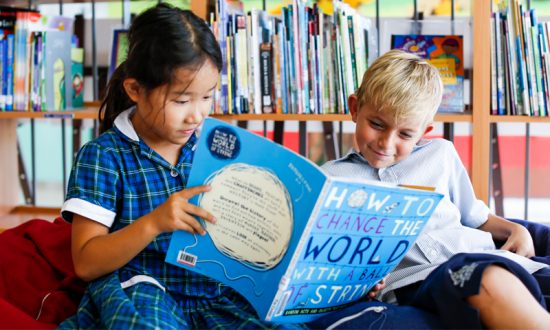 As Albert Einstein rightly said, ‘Education is what remains after one has forgotten what one has learned in school.’ Students who leave the gates of a school treasure in their hearts not textbooks and exams, but life values and a moral compass that points north. To shape students who are grounded, balanced, courageous, independent, and have a strong sense of morality and duty, the school itself must imbibe these values at its core. There is no one better than Marlborough College Malaysia when it comes to instilling philanthropic values and morals. Established as a charitable institution for the sons of poor clergymen in 1843, Marlborough College has, for over 177 years, been one of the most successful boarding schools in the UK. A testimony to this legacy is its outstanding alumni, from Rab Butler who reformed British education; John Betjeman the poet Laureate; Sir Peter Medawar, the Nobel Laureate surgeon; to kings and princes; and, more recently, the Duchess of Cambridge.

Although Marlborough shares a link with Malaysia and Singapore (formerly Malaya), which can be traced back for over 100 years, Marlborough College Malaysia is unique in that it is not a franchise, unlike other British branded schools overseas. It is wholly owned by Marlborough College, thus making it non-profit. It was in 2012 that Marlborough College Malaysia opened as a boarding and day school with six boarding houses, set on 90 pristine acres of beautiful land in southern Johor, just 10 minutes from the Singapore border. The Kampung in Malay means “The Village” and Marlborough is often referred to as ‘The Kampung’, because around 60 staff and several hundred boarders, live on-site, enjoying the facilities and splendour of the large 90-acre site, complete with gardens, lake, and student farm. 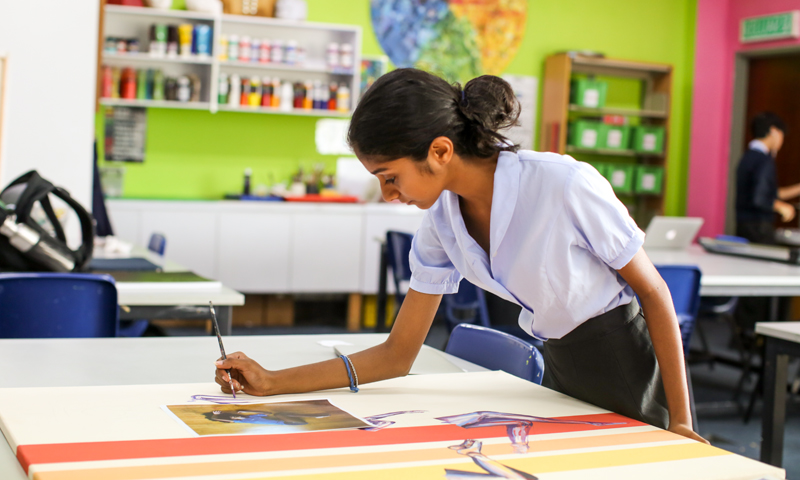 Pedagogy and Teaching-Learning Methodologies
Based on a UK model, Marlborough’s curriculum has been enhanced to acknowledge and understand its location and context with suitable focuses in History, Geography and Asian as well as European languages. Throughout the year the students are also encouraged to participate in discussions with professionals from many backgrounds. Students are encouraged to study coding and the Director of Digital Learning ensures that technology is a tool as familiar to them as a pencil was to children two generations ago. Apart from the obvious literacy, Marlborough ensures that cultural, emotional, spiritual and digital literacies are also imparted. 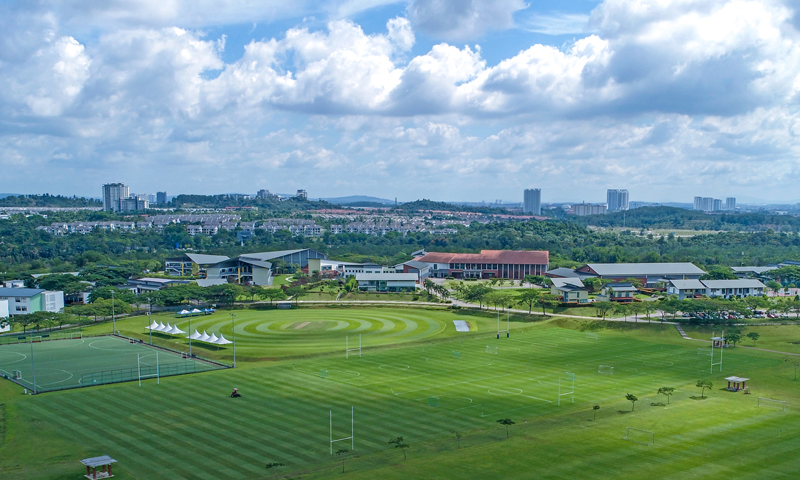 “Alongside technology, we place emphasis on developing the skills and attributes that AI cannot truly replicate and which are the preserve of humanity: confidence, character and the exploration of each child. Therefore, music, drama, public speaking, sports teams, and charitable outreach are part of our curriculum. Whatever lies ahead in terms of employment, intellectual dexterity, the ability to solve problems and to harness those qualities that machines cannot have – such as integrity, trust, enthusiasm, collaboration, and leadership – will be essential for the success of the next generation,” says Alan Stevens, Master, Marlborough College Malaysia. 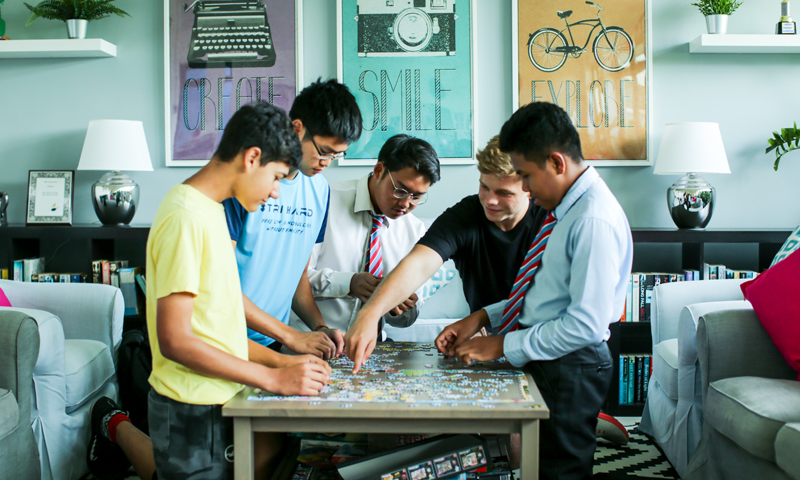 The faculty of MCM comprises of 90% UK teachers, reinforcing its British standards and values. MCM looks in their staff for the strongest academic credentials, a genuine interest in pedagogy as well as the ability to inspire children. MCM is quite strict in this because once they are employed at Marlborough, MCM invests in their professional development. MCM follows a rigorous outcomes-based Performance Review process. Additionally, MCM also encourages and sponsors academic staff to complete higher degrees and research in areas of mutual interest. Thanks to the institute’s amazing curricular
initiatives, MCM students excel in their academics. 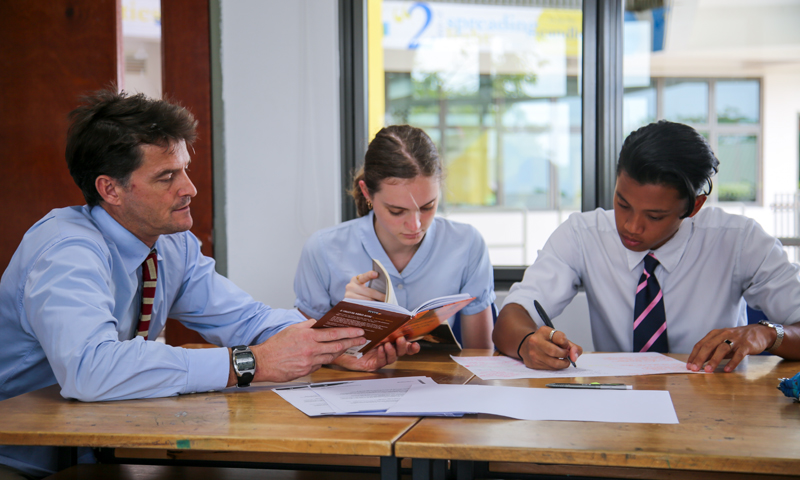 But what’s remarkable is that they do so more than three times the UK average of top IGCSE grades and at IB Diploma; the College averages over 35 points in comparison with the global average of 29. Moreover, 25% of candidates achieve an exceptional 40 or more points, which is more than the equivalent of A* at A-level in each subject. Additionally, Marlborough students gain music qualifications from Trinity College London and the London College of Music. Unlike its peers who help students to reach for the sky, MCM encourages students to mingle with the planets! To quote an example, MCM students recently participated in a NASA workshop and as a result, they will be taken to the International Space Station as a live experiment.

The 3C Foundation
The culture at Marlborough College Malaysia is shaped by its provenance, its community, its ambition, and its duty. Marlborough CollegeMalaysia’s “three Cs” – compassion, companionship, and conversation – form a memorable alliterative tricolon that emphasizes the application of empathy, courage, selflessness, duty, collegiality, and communication. For this reason, boarding at MCMis a popular option and the institute provides two Prep School boarding houses for children from 9-13 years. 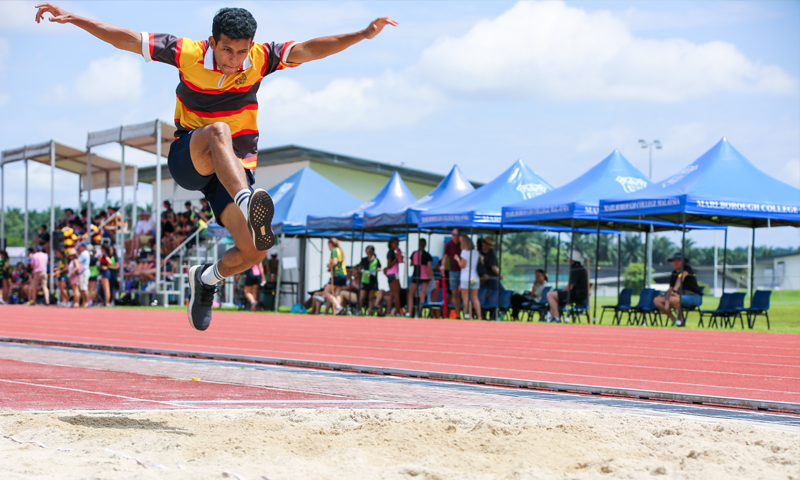 “At this age, we offer the options of 3-night boarding, a 5-night boarding package and a full boarding program with a varied range of weekend activities and trips. Besides, there are four Senior School boarding houses for children aged 13-18 and these offer full boarding options throughout,” says Alan Stevens. 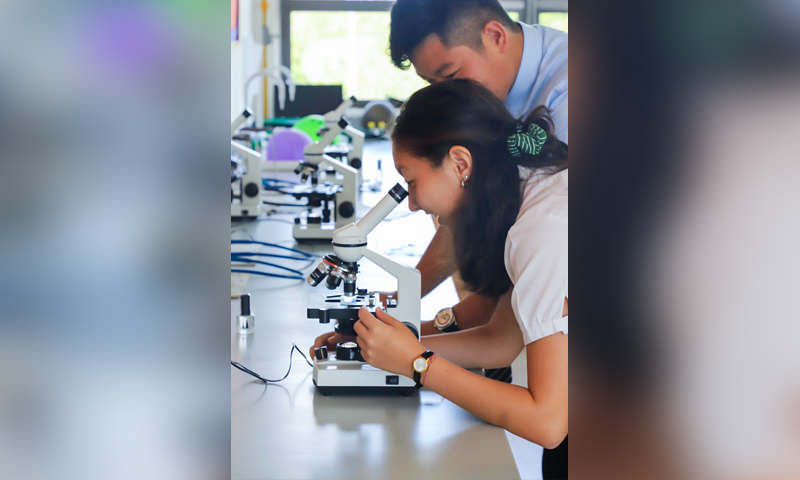 Founded on innovation, it remains a firm part of Marlborough’s DNA in Malaysia. Therefore, MCM students are no strangers to using creativity and innovation to help the environment and fellow human beings. For instance, through the Design Technology students’ Precious Plastic Project, students designed and built a machine that shred, melt, and reconstitute plastic waste into useful and attractive items such as mouse mats, coasters, and even jewellery. However, at MCM, the most rewarding innovations are always philanthropic. 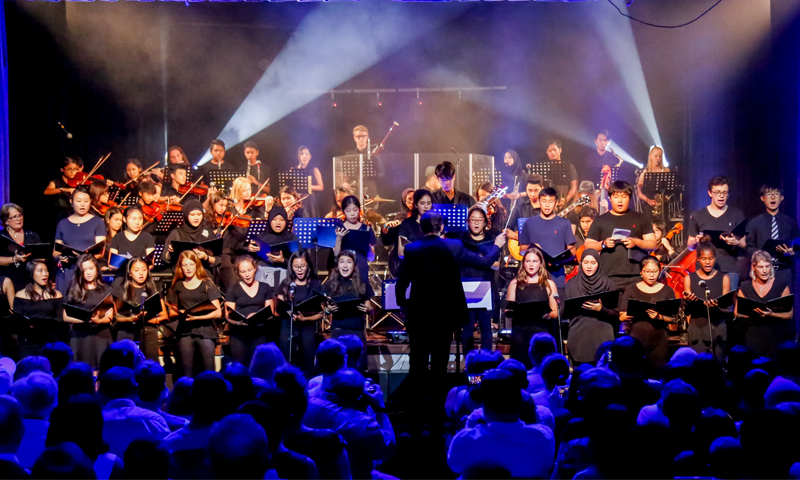 Marlborough’s charitable Outreach program provides a framework within which children acknowledge and act on the duty to help those who are less privileged. These are not isolated events but involve the building and maintaining of relationships over years with children from local schools and orphanages as well as work to maintain and improve the quality of the local marine environment. Given MCM’s achievements, it is no wonder that the institution received the coveted highest award of five Stars by the Malaysian Ministry of Education, in 2019. In 2018, Marlborough was admitted to the prestigious Headmasters’ and Headmistress’ Conference, an association of the world’s leading independent schools. Currently, the College has been shortlisted for the ISC International Schools Awards of 2020. 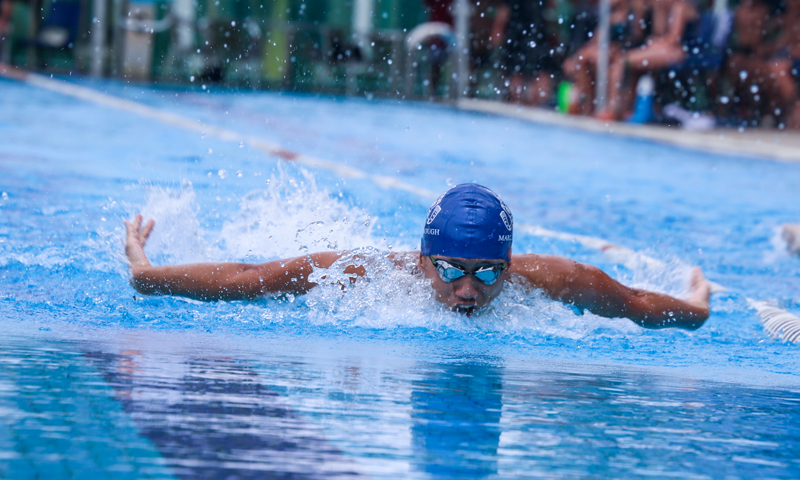 Moving forward, MCM plans to consolidate its position as “the only authentic British boarding experience in Asia.” To fulfil this, MCM intends to continue to develop its pedagogy and research various possibilities to better the same. MCM is also embedding applied positive psychology, as pioneered by Dr. Martin Seligman, for the wellbeing of students and staff. This will involve more than merely a lexicon and the principles of positive psychology will be systemically embedded throughout the curriculum, policies, job descriptions and the appraisal process for staff. In terms of capital investment, increasing demand for Sixth Form places has led to the College to plan a bespoke Sixth Form Resource Centre. Given the milestones that MCM has conquered so far, it is only prudent to say that the College is here to create history!

Educated at the Royal School Dungannon, Ireland’s oldest school, before studying History at Queen’s University, Belfast, where he gained a First Class degree, Alan Stevens began his teaching career at Campbell College, becoming Housemaster and Head of History. After completing a period of research at Yale University, he received an MA in Educational Management and Leadership, then moved to Trent College in England as Head of the Main School, before subsequently being appointed Headmaster of Barnard Castle School in 2010. Alan was commissioned in the UK Reserve Forces, coached school cricket, rugby, and shooting and has published various articles on history and education. He is an inspector with the Independent Schools’ Inspectorate and his interests include rugby, school debating, classical music, art, and literature.