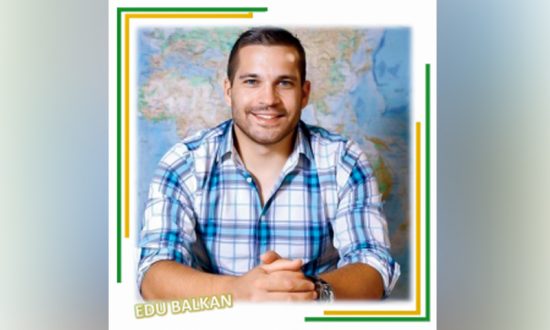 Dejan Nemcic is a young Geography teacher who has been awarded the academic title of Master of Geography Education in 2012. He is a licensed tourist guide for Croatia and Europe. Dejan is recognized as the founder
of the famous project ‘Live from all continents’ reporting live lecturers via Skype technology to students during the lesson. The project ‘Africa we can together’ included 50 Croatian schools who helped to equip many African schools with their donations of school supplies. Dejan has been awarded for his work in Africa as the following ‘Bolja Hrvatska’ for the project ‘Uživo sa svih kontinenata-Live from all continents’, as well as his most notable award by the president of his country ‘Ponos Hrvatske- Pride of Croatia’.

During my faculty days as a geography student, I was constantly thinking about the teaching profession, and how I would one day educate and raise generations of children. In my head, I worked out ways to convey knowledge of geography as interestingly as possible to students, and how to make children love the subject and understand its importance for everyday life. With all these ideas, one, in particular, was spinning in my head and took an important place in all the priorities, and that is to develop in students humanity and a sense of helping, in simple terms – to be raised as people with a big heart. The first days of my teaching career were focused on listening to that part, I talked to the students and came to the answer whether the school can make them better people, with real-life values. The more I researched and talked to them, the more I became more and more surprised and disappointed. They simply have no feeling or no knowledge of how people live on other continents, how people live in the poorest countries in the world, or how their peers live and how people die of hunger. 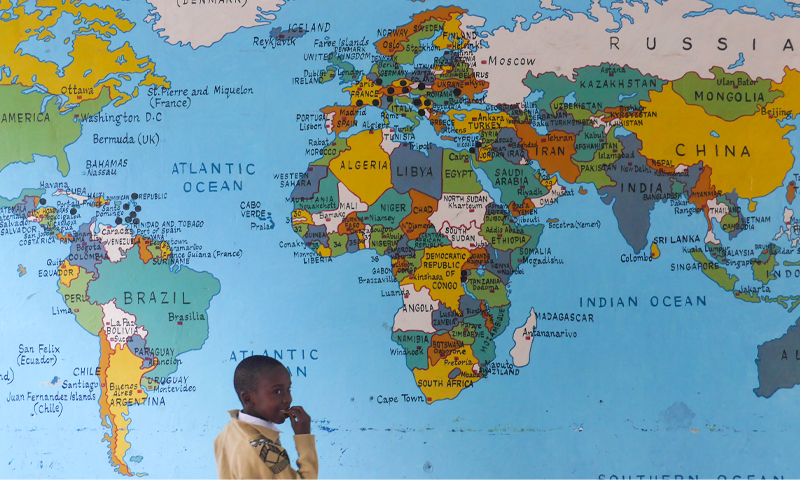 We have always asked ourselves the question: are the problems of poverty in the world also our problems, are we also obliged to solve them and help as much as we can??? The main goal was to raise children who will not put problems under the rug, but willingly and boldly deal with them and solve them one by one. This question runs through each of our projects, and the way we act in education. The understanding of education in children’s minds is that grades are the main goal of the school system, but we have slightly changed the awareness that school can also be a driver of big changes for the better both locally and globally. To show that the school is much more than just grades, together with the students we launched one big humanitarian project that changed and ennobled the lives of all of us. We called the project “Africa, we can do it together” and we decided to help the poorest continent on the planet, and connect my students and students of African schools.

The project itself, which focused on the poorest countries in Africa (Rwanda, Uganda, Malawi, Mozambique, Benin, Zanzibar), had several goals: to collect school supplies to equip African schools, to collect donations for one of the deadliest diseases on the continent. Malaria, virtual teaching via Skype to students in African schools, and my trip to that continent where I will do it all in the field and besides teach geography and volunteer. After starting the project, I followed the lives of my students and realized that great things were happening. They came to school with a smile and special indescribable happiness. The school has become a place of great happiness and good energy where plans are made for a better world. It gets the full meaning of its existence!! There were more and more school supplies collected every day, students drew thousands of maps to help students in Africa learn geography and finish school more easily, numerous Malaria drugs were procured and packaged for transportation, and after all these months came the end of the school year and my departure to that continent where I had to do everything we imagined in the field. 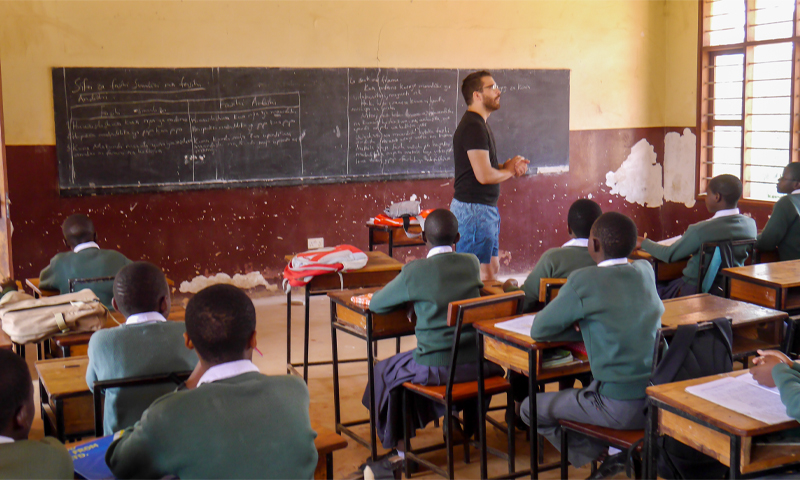 Before leaving, many students confirmed for themselves what I always wanted to hear from them: that humanitarian action is not only when we give money financially, but when we sincerely give ourselves for another, when our work, effort and sacrifice help others to be better. With that thought, I flew to the African continent with all the donations and things we had been collecting for months. Coming to African soil, for me was a new beginning, some new life, everything after that was no longer the same. Travelling the world, I met many cultures, customs and peoples, but Africa is something completely different, something special. I had great awe for Africa which I would keep it for the rest of my life. The first days were spent in a careful exploration of what awaited me in the coming months.

The biggest fear for me as a teacher was whether I would be accepted by students in African schools since I am belonging to the white race, different in their eyes in all respects. Coming to the first school, and the excitement when they saw me marked the beginning of the most beautiful adventure of my life. Since then, to this day, I have visited Africa three more times, and the students and I have left an eternal mark on that continent, allowing thousands of young children to live and jump on African dust and still have the opportunity for education and advancement. Through all these years, students from outside my home school have been involved in the project, the whole of Croatia has joined because humanity has passed on to them so that today in the project we count about 100 Croatian schools that donated about a few tons of school supplies for African schools. Many of today’s African schools are equipped with the school supplies they desperately need, numerous geographical maps of Croatian school students hang in African schools and, what is even more valuable, many new friendships have been made between them. 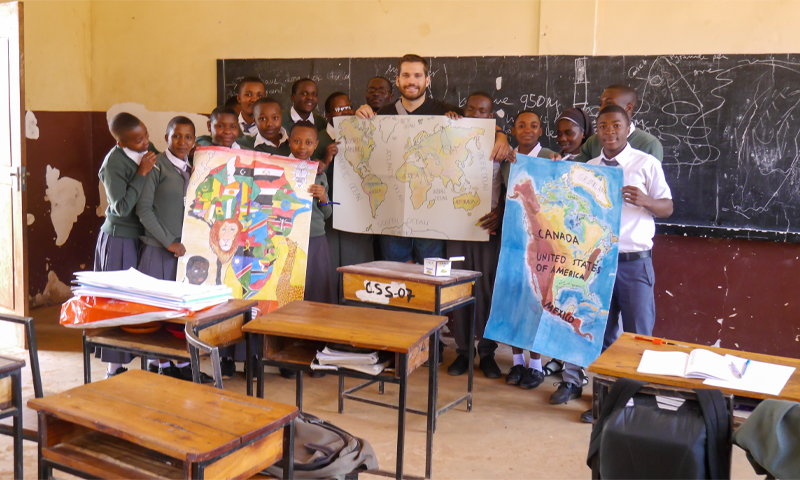 Our main motive in this whole project has been and remains—fear must never be an obstacle to doing great things and humane things. That motive has guided us all these years and gives us the strength to become better people by working on it every day. All these years, humanitarianism has remained a part of our geography and education classes. With each return from Africa, our health was getting better as we healed from the kindness we do and the gratitude we receive from these people and children. The children remained real little heroes, determined to build a better world around them. The smiles on the faces of African children to whom we have given new life is the greatest reward for us, we understand the essence and meaning of our lives. The struggle for the material world is transient, the struggle for every man and child is eternal. The school got its full meaning, that it is an educational, but also and behavioural institution. Having successfully connected children on two continents, our next goal is to connect children from all Balkan countries. Now is the right time for all of us to build a better and more successful future, and our young people will succeed because they have teachers who believe in their potential.

Why Edtech Industry Needs to Align Itself with The UN's Global Goal for Quality Education
It is more than important to know about the child's inherent talent for a promising future. See how AI plays a role in finding out your child's innate abilities
How international curriculum helps the students?
One Year of NEP 2020: Hits, Misses and the Way Forward
Edtech Superapp Ken42’s StartNXT Ideathon records over 13,000 registrations within a month of launch
Foreign Language Learning to Express Creativity, Resulting in Real Life-Time Opportunities
CONTACT US