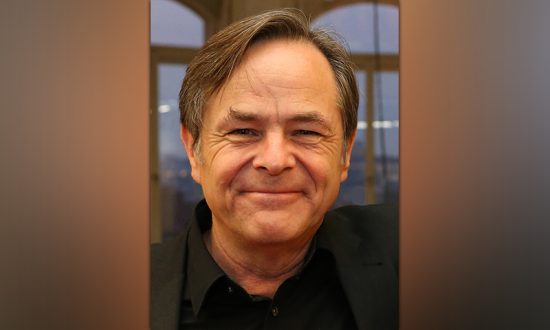 Dr. Berthold Franke is a social scientist and has been with the Goethe- Institut since 1988, with postings in Warsaw, Dakar, Stockholm, Paris, Brussels and Prague. He studied Music, German Literature and Social Sciences and worked as musician, journalist and university teacher. From 2009 to 2013 he was Regional Director South West Europe and Delegate for European Affairs in Brussels. After his stint as Regional Director Central Eastern Europe in Prague from 2014 to 2018, he moved to India as the Director of the Goethe-Institut / Max Mueller Bhavan in New Delhi and Regional Director of the Goethe-Instituts in South Asia. He regularly publishes articles in German magazines and newspapers on topics of culture, cultural policy and foreign cultural policy.

Over the last few years, the field of education has evolved into a significant driver of economies worldwide and has had a tremendous impact on the growth of individuals, especially in their initial years. It is, thus, imperative for educational institutions and universities to adopt an approach which brings out the best in students and offers them opportunities to grow.

For long, education systems worldwide have focused on academic courses mainly encompassing science, technology, engineering and mathematics, making the entire schooling STEM-centric. STEM has been dominating and regulating school syllabi while making students accustomed to a specific way of learning. However, with changing needs, the outlook to teach is undergoing a paradigm shift. The long due integration of Arts to STEM subjects, now known as STEAM, introduces a new way of educating students by exploring diverse concepts through problem-based learning methodologies and creative thinking.

Driven by competition, ambition and success, students these days are becoming keener to explore new horizons and tap into diversified and interdisciplinary career options, which are in alignment with their strategic planning for career progress. This trend is a strong reason for governments and education boards to support and advocate quality education for the future leaders of the world. The combination of arts with tertiary subjects is expected to be an immensely helpful tool for children in forming new visions and adding new perspectives to their studies. The blending of arts and humanities elements with science can well be a catalyst for boosting creativity and innovation among students.

In a world where people are open to exploring opportunities, now more than ever, and breaking all kinds of stereotypes in personal as well as professional spheres, preparing students for the ‘good jobs’ is not sufficient anymore and neither is it relevant. While STEM focuses on instilling analytical and critical thinking skills in young minds, STEAM subjects make students more equipped to share ideas, keep an open mind, learn outside the classroom, and think out-of-the-box. STEAM can be a great source of inspiration for young minds and help develop their personality without confining it to mere course books.

Notwithstanding the debate on how arts meddling with science, technology, engineering and math could disrupt the quality of education, STEAM subjects in fact help students to grow as individuals and apply a dynamically creative approach to their logical thinking process. It is no surprise that STEAM is revolutionising the education system and proving the value of liberal arts in real life. Through remodelling conventional ways of education, it is adding a hint of expression and inventiveness among students while also inspiring them to balance their passion and profession.

Given the increasing number of possibilities in the world of modern arts and shattering of stereotypes, STEAM is gaining popularity through minor hiccups and proving itself as the tool for growth in the near future, one that will come to be seen as the pronounced difference between ordinary and extraordinary.

Students who dream to become change makers can count on STEAM to provide them with just the right kind of hands-on learning experience that they will benefit from in the long term. Fuelling the curiosity and imagination of students, the combination of science and arts will be an enabler for young students to learn and have fun simultaneously.