10 Most Innovative Schools in South India 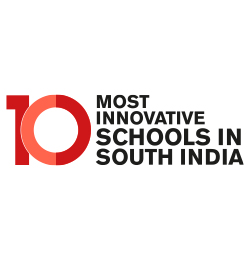 The Indian Education system has seen a gigantic transformation over the past decades. Starting with the ancient Educational system comprising the Gurukula system of education in which the pupils stayed at the guru’s (teacher) place and were taught everything that a guru could teach, to the modern education system where technology integration is the major component in every school, the education system in India had witnessed a revolution in terms of technology involvement. With the revolutionary impact that the introduction of technology has caused in the educational realm, there was the inception of new modes of education. One of them is K-12 education, which is an educational system involving more teacher-student communication.

The southern states outperform most of their counterparts elsewhere in the country in terms of human development, making significant progress in the global education industry. An educational hub for India, K12 Education Institutes in the South have been instilling various qualities along with textbook education to pursue overall excellence. Keeping up with the rapid changes in the education sector, K12 Digest brings to you “10 Most Innovative Schools in South India” to show the various feats these schools have achieved and made a mark for themselves in the K12 Education Sector.