Rishabh Java- A lesson in Ideas, Passion and Perseverance 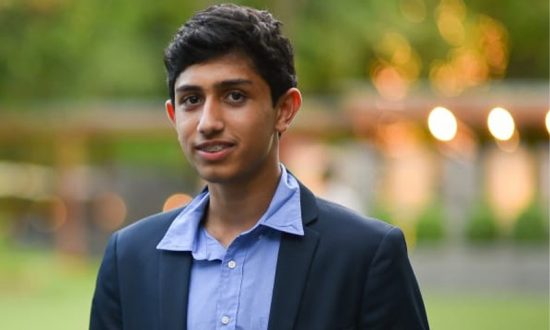 A 17-year-old boy with a love for making things, Rishabh Java started making things when he was 7 after being inspired by a Hindi movie on robots. A few projects he has worked on recently, which he is particularly proud of, include a low-cost 3D printed mind or voice-controlled bionic arm that is currently being used by an amputee in India, a six-feet tall humanoid robot, a range of mind-controlled toys intended as a futuristic method of treating ADHD and a virtual presence robot.

In 2017, he presented at the BETT Show in the UK and was later invited as a “Special Guest” to a Microsoft launch event in New York.

In 2018, he led an initiative called Hunger for Knowledge, where he worked with the Singex, a Singapore company, to create content for students in third world countries. Singex invited him to their exhibitions such as IoT Asia, iTap and FinTech, where he visited all exhibitors and listened to as many talks as he could to make short videos for kids in the third world countries to learn about new technologies such as Blockchain, machine learning, robotics, additive manufacturing,  Fintech and IoT. He also used his self-made virtual presence robot to virtually give the children a tour of these international exhibitions while they were physically thousands of miles away!

He founded, and is currently the CEO of, Broccoli Brains in 2019, which is the World’s First subscription-based mind-controlled gaming platform that also treats ADHD. His company Broccoli Brains with a team of 8 people working under him has had a successful round of crowdfunding and has a patent under process. 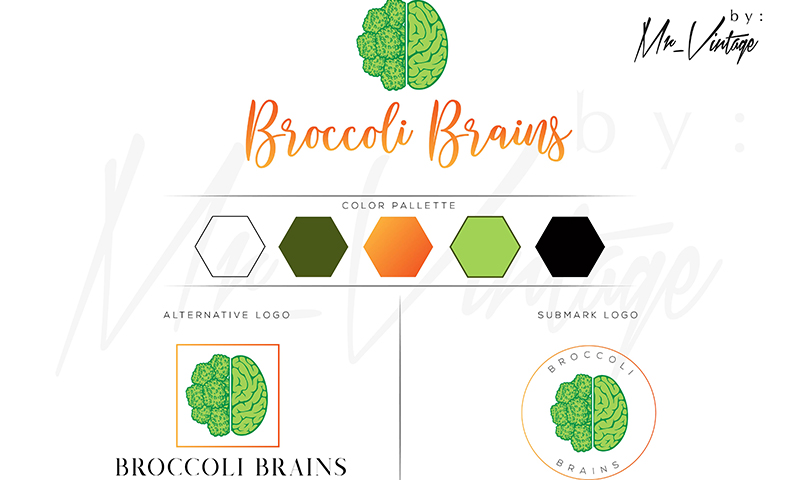 Rishabh also conducted workshops on the basics of Arduino for school students and workshops on making mind-controlled toys for people of all ages. He was a speaker at Campus Party in Singapore, has given a TEDx talk about his project, has moderated multiple panel discussions at SMF 2019, IoT Asia 2018 and delivered the closing plenary at SMF 2019, one of the region’s biggest forums for the MICE industry about the above-mentioned Hunger for Knowledge project.

Currently, Rishabh is hosting a series of free STEM Classes called ‘MiO-STEM Workshops’, with over a hundred registered participants whilst continuing work on upcoming projects

We got in touch with this young genius who brims with a passion for learning and building new things, sharing his lessons, and tinkering with new technology. We asked him a couple of questions and he answered them with the vision and poise that befits a young techpreneur.

Opportunist.
I firmly believe in never missing out on opportunities. When an opportunity presents itself to me, I strive to get the most out of it. As a youngster, to scale heights, be it in any field, it is imperative to utilize your opportunities to the maximum.

Making a better tomorrow, I passionately believe in the philosophy ‘If today were my last day, what would I want to be remembered for, what would I do and what change would I bring’. It is this thinking that drives me to do what I do as an Entrepreneur and the reason I build what I build. The immense satisfaction you feel when something you have whole-heartedly and dedicatedly worked upon yields the result you expected is incomparable. Even when it does not, which is the case more often than not, the learning in the process more than compensates for the satisfaction I would have otherwise received and is often sufficient to keep me going.

I am a practical person, having worked on multiple projects and having faced endless dilemmas. Apart from gaining experience, I have developed methods of taking tough decisions and helping me make the right choice. Making up my mind was something I had always struggled with, and sometimes still do, but adopting a systematic approach towards this decision making is what changed a lot for me. I often list down the pros and cons of every choice, write them down if I have to, then practically weigh them against each other until I know which is the right one. I do follow my gut instinct occasionally, irrespective of what may seem its benefits, experience has taught doing so every time is not going to fly. 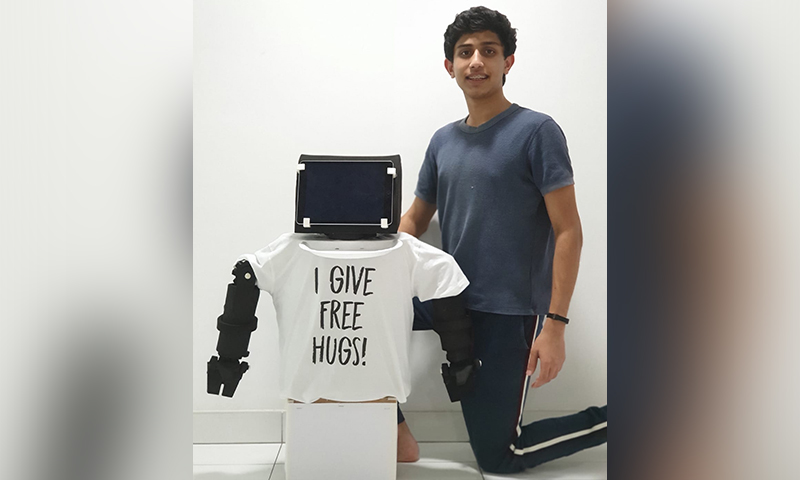 My team, currently consisting of individuals from 6 different countries, were pieced together member after member. Like any founder should, I am extremely proud of the team we have built, every member is special in their own way and brings something completely unique to the table. We all complement each other very well, making an incredibly positive work environment.

All members of my team are a part of the New York Academy of Sciences. The institution runs a highly selective program for young and upcoming innovators and problem solvers. Through the program, they unite these students to work together on challenges and find practical solutions to first-world problems. It was through this international collaboration on projects on the Academy’s platform that we found each other and when I introduced my project idea to them, each one of them was more than excited to work with me on it as they believed in the purpose we were serving and believed in the need to solve the problem.

Keeping my team optimistic isn’t normally a challenge as each one of them is usually as energetic as driven by a motor. Although we do have our pitfalls, like when we don’t win the challenge we really worked, at such instances, just have to remind them what the big picture is. But, if a certain member of our team is particularly caught up with something (which is often school or college as we all still young), that is something everyone on the team is extremely understanding about we know how to cover for each other.

Firstly, and most importantly, you should strongly believe in and work on whatever product or service you are building like it is the next big thing. You should have a clear vision and a strong passion for what you are trying to do because if that is not the case you will not enjoy what you are doing and the quality of work and its outcome will show that lack of passion.

I cannot lay enough to the importance of a good team and a positive work environment. It is impossible for you to do it all and so it is absolutely essential that you surround yourself with people with whom you can.

Finally, it is important you have the right mentor. The guidance you get really influence what you do; not having any guidance is much worse.

I started making things at 7, grew up teaching myself a lot from CAD modelling, building circuits to programming microcontrollers. Simply put, I have always had a passion for learning a new skill or about new technology and building things with them. In the past, I have worked on a 30$ mind-controlled prosthetic arm, built UAE’s First life-size 3D printed humanoid robot and often build small robots with various applications for fun or just for the heck of it even. It was in such one wandering on the internet, looking for something new, did I come across the technology known as EEG. To my surprise, EEG or Electroencephalography, which gives electronics the ability to read your brainwaves has been around for almost 100 years now (1931).  With it becoming commercially available since 2011. On learning about this, I just knew this was something I had to experiment with. This got me started with the technology, putting it to use came next. 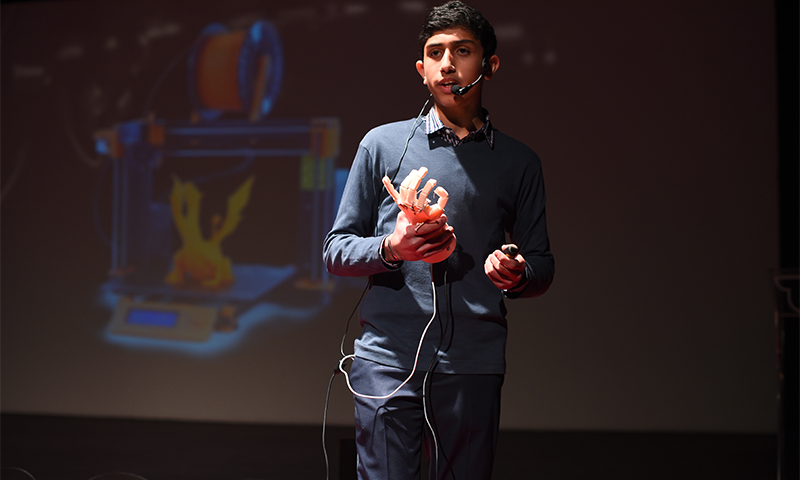 Rather unconventional, with this project I had adopted a top-down approach having worked on the device and technology itself before finding an application. I first developed the range of mind-controlled toys and while experimenting with them, I realized focusing on the toys while experimenting was changing how I would concentrate on things while doing schoolwork for example. This got me thinking and I realized it was possible, playing with the toys was getting me to practice my concentration, hence possibly improving my brain’s ability to focus. I discussed this with my school’s principal who is qualified at child psychology and helped me start testing these claims. While the device seemed promising and I had discovered improving concentration can help students with ADHD, next I had to make sure the impact was substantial and this required me incorporating into a company after almost 3 years of working on the device itself.

As far as knowing if I had the right idea goes, honestly, I still do not. All I know is this is something I truly believe in, it has shown a lot of potential to work and am willing to put in what it takes to find out if this is it and I won’t stop until I know.

Next Generation Nations (“NGN”) is an international organization that addresses socio-economic global issues that challenge humanity. They do so by empowering the youth through student-led high schools clubs currently set up in 6 different countries. I am working with this organization as the national president for UAE, helping set up clubs and directing activities in various schools across the country.

The most common misconception is that young entrepreneurs are not serious and are not dedicated. Often people tend to think whatever we are working on is just a school project or something for our college application. They tend to not believe in us and underestimate the potential of what we are working on. This is quite a major problem and often difficult to overcome, but if you really want something any non-believer will be able to overlook your age and your hard work will shine through whatever is causing them to have reservations. 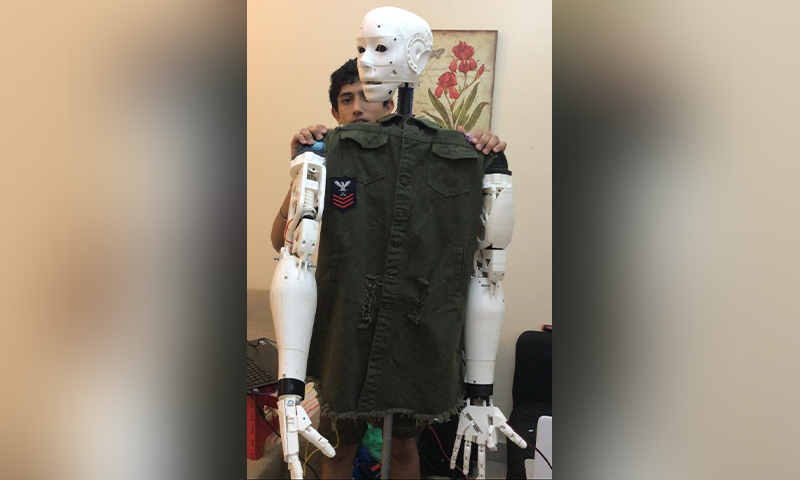 Technology has redefined the boundaries of education in more ways than one. Be it content taught or how the content is delivered, technology has had a massive influence on all of it. It has allowed students to learn more than they ever could. It allows for a lot of self-driven learning. Whatever students wish to know or want to learn about they can do so immediately. I feel this has definitely increased the knowledge that these kids have and the learning opportunities they have access to. Next, technology has made classes much more effective, I say that because technology and smart devices in classrooms help accommodate all the different kind of learners. The classes have never been as interactive and teachers can track the progress of their students much more easily. I don’t think I need to mention the role technology is playing during the lockdown. It is the sole path for learning to continue during these times. Even the STEM classes I am conducting are only possible due to online conferencing platforms and the tons of STEM resources available online.

Your age is just a number. Age does not matter as long as you are passionate about what you do. There will be challenges and as I mentioned earlier people tend to not take you seriously, but it is up to you to pursue what you believe in. You have lesser responsibilities than someone a lot older and so use that advantage to take the risks and trust me the results will reflect the efforts you have put in. 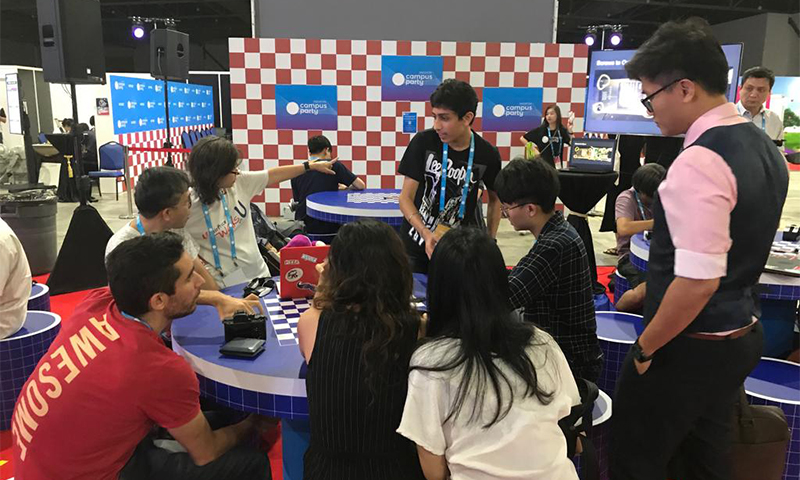